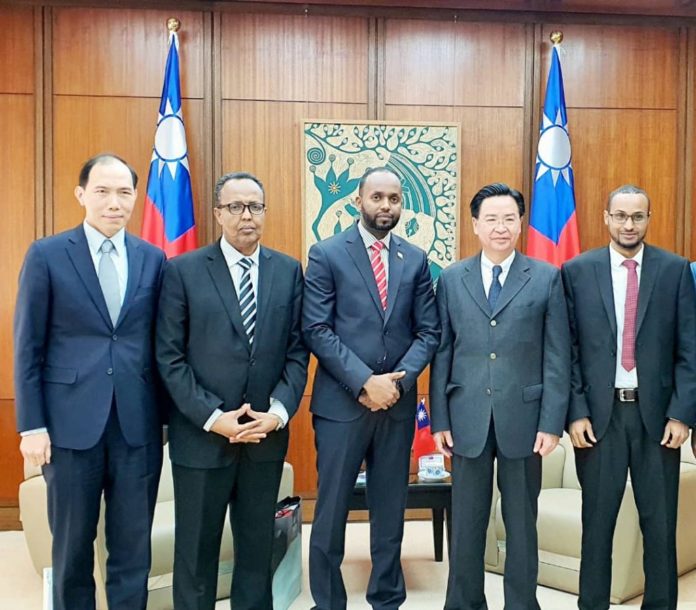 As a representative of the government of Taiwan’s newest diplomatic ally, a man with a range of public and private sector experiences, and a hugely important cog in the new diplomatic relationship,Vice Minister of Foreign Affairs for Somaliland, Mr Liban Yussuf Osman this weekend spoke to The Taiwan Times:

Could you give readers in Taiwan and the world a little background on yourself – how you came to be the Vice Minister of Foreign Affairs for Somaliland, and ‘what makes you tick’?

First and foremost I come from a political minded family with a great mother and father who both possessed the talent of leadership.

They encouraged me to study, and my educational background was in economics, then project management and leadership – both to degree level. Along the way I picked up several international certificates in journalism and leadership.

In employment, I started from scratch as an English teacher before I became a full time secondary education teacher teaching history for one year, before moving again, into the civil service as the magistrate of an accounts office for two more years

After that I moved back into the private sector and worked for a Coco Cola bottling company in Somaliland for four and a half years as a sales and marketing manager, and this was followed by a job in Doha, the Qatari capital, in 2014, where I worked with a lighting company as an operational manager.

I returned to Somaliland in 2016, to work in my government’s Ministry of Public Works, in housing and transport as a director of a department.

Later that same year I was promoted by our former president H.E Ahmed Siilanyo to the post of Vice Minister of Public Works, Housing and Transport.

In December of 2017, our current president H.E Muse Bihi Abdi appointed me Vice Minister of Foreign Affairs and International Cooperation, then in 2019, I was appointed Vice Minister of Health Development, before last November 2019 once again taking up my current post.

I’m a person born and bred in Somaliland in the capital city of Hargeisa – a local product of Somaliland you might say – and I have a great passion with which I want to serve my country in the field as a diplomat.

When did the Somaliland – Taiwan relationship we were made aware of almost three weeks ago really start to gain momentum?

The Somaliland – Taiwan relationship started a long time ago, and has moved through a number of different stages.

It started in health and education diplomacy when there were unofficial courtesy meetings between officials of the two countries.

I  met the de-facto Taiwan ambassador to Belgium in 2018, in Brussels, and there we discussed potential areas of our future cooperation.

But the relationship gained greater momentum at the end of 2019, when a delegation from the Ministry of Foreign Affairs in Taiwan visited Hargeisa to begin discussions on a bilateral relationship.

Then, on January 17th this year, a delegation led by myself visited Taipei to take the discussions to the next level.

At the time, I had several meetings with Taiwanese officials including the the Minister Of Foreign Affairs Joseph Wu, the Vice Minister of Foreign Affairs, the Deputy Chairman of the International Cooperation and Development Fund in Taiwan, other deputy chairmen in agricultural fields, and many other senior officials.

We finalized the bilateral agreement between the two countries, our focused areas of cooperation, and the type of offices that our countries would exchange.

In the months and years ahead, where do you see this relationship going?

I believe there is immense opportunity of mutually beneficial cooperation for both nations.

Taiwan as a developed country can utilize the strategic location of Somaliland as a gateway to other landlocked African nations, and as Somaliland has huge untapped natural resources such as in fisheries, livestock, and deposits of different types of minerals and oil, Taiwanese investors and the government of Taiwan itself now have the opportunity to invest in what will be a win-win for both nations.

On the other hand, Somaliland can benefit from Taiwan’s model of development and know-how.

Somaliland can also benefit from relations with Taiwan diplomatically as Taipei already has established and strong friendships with western nations including the U.S.

In a nutshell as both countries are strategically located and share the same values of peace, democracy and freedom of expression, there is great hope moving forward for a bright future of mutually beneficial cooperation for both nations.

Readers in Taiwan are starting to learn more about the Horn of Africa, and have seen headlines about Egyptian officials visiting Somaliland and talk of UAE investment in a Berbera Corridor from the coast to Ethiopia. Will this have any bearing on Hargeisa – Taipei relations?

Not directly, but it will add value to our relationship because Somaliland is a reliable and peace loving country in the region, and therefore will accommodate the different interests of our friends and allies without harming any other country’s national  interests and / or security.

And how would Taiwanese businesses and citizens wanting to visit Somaliland be welcomed?

We are more than prepared to warmly welcome our brothers and sisters from Taiwan anytime, and anywhere in Somaliland. We are known as a people with a love for, and the ability to offer great hospitality.

I have been to Taiwan and saw people instilled with great inner discipline, love for others, and willingness to show great hospitality too, so they will be welcomed as our brothers and sisters when they visit Somaliland.

On a personal note, where do you see yourself a decade from now?

I’m extremely happy to be serving my country as the Vice Minister of Foreign Affairs and International Cooperation right now, and one day am looking forward to serving my nation as head of state.

Any plans to visit Taiwan?

Hopefully I will visit Taiwan when we open our office in Taipei in the post-COVID-19 era.

Somaliland is a beacon of democracy in the region but like Taiwan has a turbulent past. Here in Taiwan we see the government taking great strides to address past injustices, and to remember what happened so future generations do not forget. Is this a similar approach to the Somaliland government with regards to your own times of strife in the past?

We teach our young people of the tough times we went through as a nation to be where we are today, and to learn from our history so that we don’t make the same mistakes again in the future.

We are known for our wonderful organic food, pastoralist cultures, and the many types of different animals we have in Somaliland.

What message would you send to Taiwanese and also non-Taiwanese watching this new relationship blossom to help boost its chance of developing into a long-term and fruitful bond between both nations?

For that reason a diplomatic combination of the two will be success, and will only work to help further the cause of world and regional peace, prosperity and economic growth for both nations.

What areas of Somaliland culture would you recommend Taiwanese unaware of the nation and wider region look into to help increase their awareness of your homeland?

Somaliland has a range of incredibly interesting cultural activities.

These include amazing natural sites, some prehistoric, for tourists to enjoy, including a range of different and interesting lifestyles we see as the norm in this part of the world. 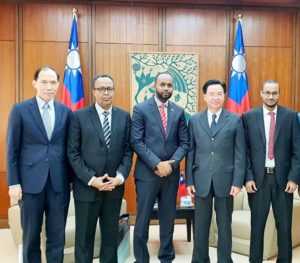 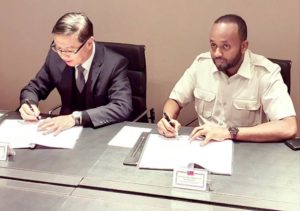 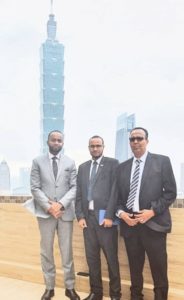 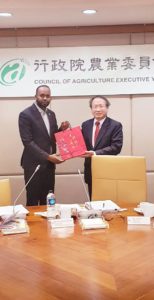 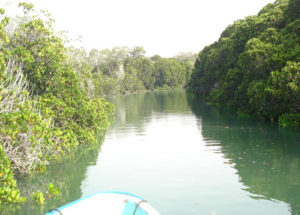