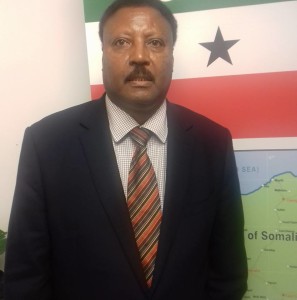 After a long and tedious process of peacemaking negotiation and reconciliation conferences, which started in Baligubadle, Berbera, then Sheikh in 1991 by the elders, SNM and the intellectuals of Somaliland, the mantle of authority was moved to Burao on 27 April 1991 to finalize the previous peace gains. The Burao conference finally ended on the 5th of May with success, and the following below written 7 points were reached, and in the main, agreed upon:
1) That to establish a government that stands on its own feet based on Sharia law separate and independent from Somalia
2) That to establish a government that’s equally shared by all the clans of Somaliland
3) That to rebuild sustainable security for the country
4) That to dismantle all clan militias and re-integrate them into an armed force.
5) SNM combatants are to be given the mandate to recruit government employees
6) That to go back as a base of independence to 26 June 1960 when we gained Somaliland independence from Britain
7) That to form a transitional government for 2 years in which all clans of Somaliland equally participate and share and create a reconciliation peace process for the clans that inhabit Sanaag.
After the conference ended on the 5th of May a SNM committee was selected to formulate an inclusive government where all clans of Somaliland will participate.

Still in Burao, after two week’s time on 18 May the SNM committee came up with a blueprint of a 2 years transitional government with Abdirahman Tuur at the helm and Hassan Isse as the vice president proclaiming that 18 May is the rebirth of our new nation’. From that point, different mini SNM faction wars ensued among their elites as Abdirahman Tuur’s government weakened. In 1993 the reconciliation process was moved to Borama where Mohamed I Egaal and Abdirahman Tolwaa were elected by the elders for a two-year transitional period; and after some sporadic and heavy skirmishes here and there, mainly in the cities, peace was finally restored and Egaal was reelected drafting a charter in 1995.

In 1997 a new constitution was drafted too by him which was voted on in 2002 through a referendum, and then ratified by the bicameral parliament of Somaliland. President Egaal also, in the process, initiated a multiparty system and a presidential democracy where the executive, the legislative and the judiciary independently play the role of checks and balances in the system.
Today Somaliland has come a long way where all the institutions of governance have been rebuilt into an international standard, thus, enjoying stability and peace that is unique and is the envy of the rest of the Horn of Africa