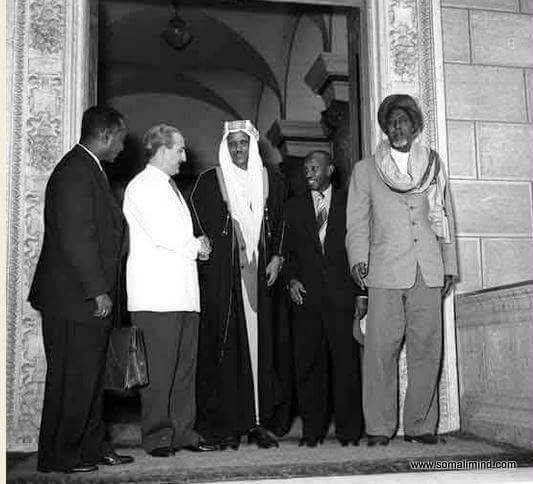 Today, many people including persuaded Somalis try to put the Somali history into their own tribal desire. Many of such individuals are optimistic to eliminate the history of Somaliland and 26th June 1960 event.

They, usually, misuse the poems and songs of Somaliland´s Independence Day like poem of Abdullah Sultan Timacadded (Kana Siib Kana Saar) and Song of Yusuf Hajji Adan Qabile (Somaliyeey Toosoo) in addition to many others. These poems/songs were exclusively for Somaliland cause and its independence.

Somaliland Prime Minister Mohammed Ibrahim Egal stepped down for the cause of Somali unity. This was the first African leader steps down for interest of cause but unfortunately Italian Somalia did not respect such courageous step. Prime Minister Egal headed Somaliland´s first Council of Ministers which contained four elected ministers and prime minister. Great Britain invited Somaliland to Common Wealth after 26th June 1960.

First Somaliland Political Party was formed in 1936 under slogan of SNS (Somali National Society) but unfortunately this party disappeared after modern parties emerged including SNL, NUF (Nafta) and USP in 1945-1958. NUF supported Somaliland to remain under British Protectorate for another 10 years in order the British to build schools, roads, hospitals and other infrastructure. British Government accepted the condition but SNL/USP and even the public did not understand the splendid idea of NUF.

The successful SNL, led by Mohammed Egal demanded for quick independence. He boycotted the earlier elections of Somaliland Legislatives, and his victory was aired by Cairo radio as a slap in the face for imperialism. But Egal, 29 years old, was not expert in fledgling independence, because was not able to stop the failed unity with Italian Somalia.

The people of Somaliland are suffering until today, from that fake unity with Italian Somalia. The Arabic proverb says “the mistake of your grandfather kills your children”. This is exactly what is happening in Somaliland, because 1960 mistake cost the lives of thousands in 1988 genocide against the people of Somaliland.

On 1943, Her Majesty the Queen of England and Wales offered Somaliland leaders to bring Somali-speaking areas like Hawd and Reserve Area (5th Region of Ethiopia) and NFD (Northern Frontier District) under Somaliland administration, but Somalilanders who were enthusiastic to independence turned down the offer and demanded expulsion of British from Somaliland.

British handed over the Reserve Area (Part of 5th Region of Ethiopia) to Ethiopian Emperor Haile Salasa on 1954. Somalilanders expressed disappointment during handover of the area to Ethiopia and all people wore white sheet (Weer Cad) around their head to express bad-feelings. Reserve Area was under British Somaliland control.

Today, we are witnessing so-called political and religious groups calling for independence of 5th Region of Ethiopia; even some people believe the The Mad Mulla was their own hero.

After Independence Day:
On 2nd May 1960, Somaliland cabinet led by Mohamed Ibrahim Egal met with their counterparts in London, England and held ten days meeting. The meeting was to grant independence to Somaliland – as independent State. The British government agreed the independence on 26th June 1960.

Somaliland celebrated for the long waited independence and installed the Somaliland Flag at the first time on 26 June Center (near the Central Jail of Hargiesa). Somaliland government constructed mosque in the center now. This is an attempt to erase the old bad memories of the failed unity with Somalia.

Unfortunately, after four days Somalilanders joined Italian Somalia to form Somali Republic. Somalilanders had no experience of unity and only wanted to see united Somali starting from NFD of Kenya to French Somaliland (Djibouti).

Somaliland was deceived by their trusted brothers in Italian Somalia including power sharing. All important projects went to south Somaliawithout considering the need of Somaliland to development. Only, after two months from the unity, the Somalilanders were disappointed with response from their brothers in South.

1st July 1960 unity between British Somaliland and Italian Somalia was signed without preconditions. Mohammed Ibrahim Egal and other educated members of Somaliland expressed their willingness to remain independent for at least six months, but the public refused and forced them to hand over the independent to Italian Somalia.

Also, Minister Garad Ali Garad Jama asked the leaders and chief tribes of Somaliland to remain independent but the crowd roared with famous Somali Proverb “Laa Yaa GARAD” which means NO MR. GARAD even some historians reported that Prime Minister Mohamed Egal was hit by one person with Pepsi Cola bottle on his neck, after Egal asked for delay in unity with Italian Somalia.

After two months from the unity, all Somalilanders clearly understood that they have been deceived by their brothers in Italian Somalia. They understood that power sharing is not been done probably. The capital city and leadership of the country went both to the South and Hargiesa got second capital title.

First Military Coup in Somali history:
The improper power sharing between joining parties triggered anger between young Somaliland officers mainly the military officers who all graduated from Military Colleges in England and were part of Somaliland Scouts. These officers staged military coup in 1961.

The coup was to return the Somaliland from 1st July 1960 union. And it was against the government in Mogadishu, but it was not successful because of the public had hope in the unity.

The officers included Abdullah Saeed Abbi, Mohammed Ahmed, Hassan Kayd and many other officers. The government imprisoned all those officers involved in the coup and later released them to participate in 1964 war with Ethiopia. Somalia had no military forces equivalent to the jailed officers.

The first Somali government led by Aden Adde downgraded the highly qualified and graded officials from Somaliland, who were more educated than their counterparts in Italian Somalia. This angered many Somaliland Officials including Ahmed Hajji Duale (Keyse) who later resigned from the government.

In late 1970´s some of Somaliland tribes formed armed group called SNM (Somali National Movement) against oppression of Siyad Barre – who ruled Somalia under gun point from 1969 to 1991. Siyad Barre bombed Somaliland cities in 1988 because he knew that Somalilanders will return their lost integrity and sovereignty. SNM liberated Somaliland in 1990.

Today, Somaliland with 3.5 million populations with an area of 135,000 kilometers has all institutions of modern state, and many observers called the international community to recognize but Somaliland is still waiting the free voice of the world to accept their efforts. 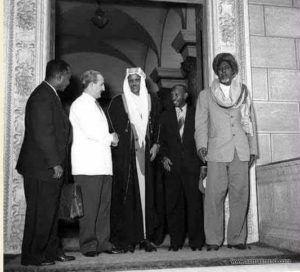 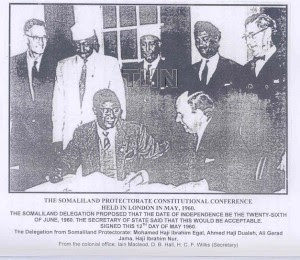 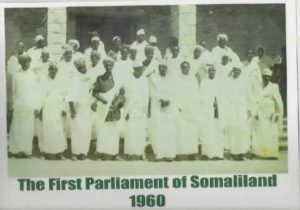 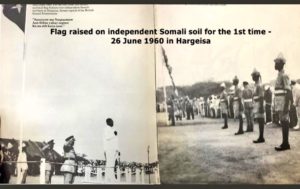 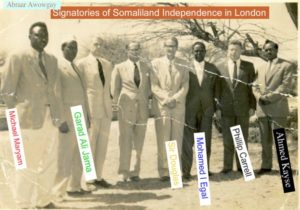