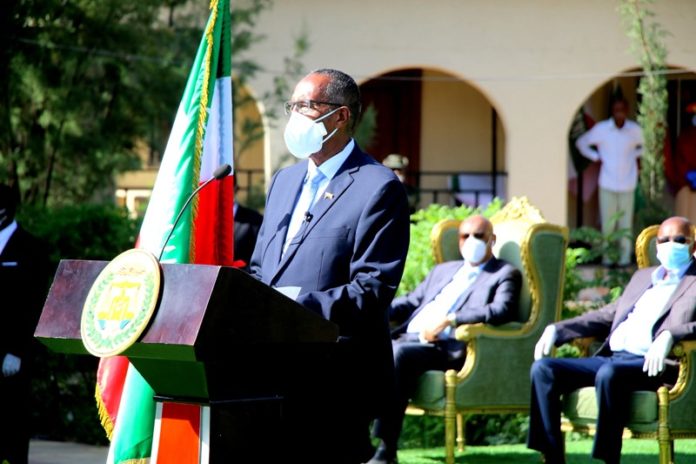 President Musa Bihi Abdi yesterday announced that Somaliland won’t accept any int’l aid that is channeled through Mogadishu. In a speech at the commemoration of the independence Day, 18th May, the President categorically rejected any type of assistance that comes through the Federal government of Somalia. He said SL will retain any such assistance and in that it is offensive to Somaliland to suggest sharing anything with Somalia. On this regard, president Bihi declared Somalia an enemy of Somaliland because of its negative stand on SL’s independence. Bihi said: “We are informing everyone that is contacting us with support or with advice or with funding, that we have united with Somalia in 1960, stayed together for 30 years of strive and misery and have been separated for 30 years and that we did not share anything. It is unacceptable offensive to tell us something is conditional on Mogadishu go and reach an agreement with them.” On the other hand, the president reiterated Somaliland’s condition for the resumption of talks between Somaliland and Somalia. That is both sides engaged the talks as two independent entities. He added that the dialogue could only be about the issue of separation. Bihi said : “We cannot accept the demand from Somalia to discuss everything but separation and secession. I would say clearly and loudly we will not discuss anything but secession. We have separated so can we be brothers and coexist peacefully. Otherwise you will get what you are looking for.” The president’s hard stance on the issue of talks with Somalia follows concerted int’l community effort to kick-start Somalia-Somaliland dialogue. The last attempt was made by EU envoy to Somalia, ambassador Nicolas Berlanga who urged president Bihi to engage in a dialogue without prior conditions of prejudices regarding the outcome.