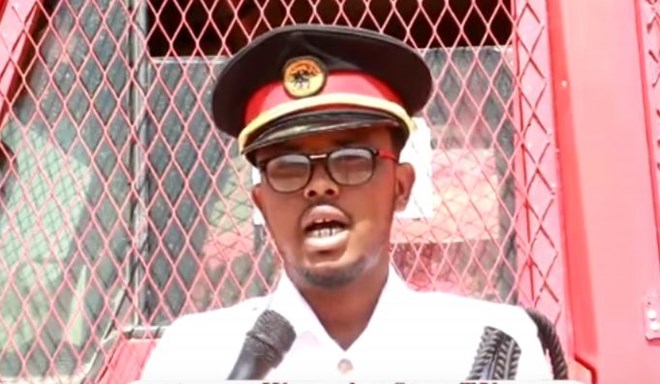 Burao firefighters had rescued another child from the blaze. The fire brigade managed to contain the spread of the fire to rest of the houses which were built from iron sheets and traditional Somali huts which is easy for catching fire.

“We received a call last night at around 9 pm. We reached the scene of the inferno less than three minutes. We achieved to stop the spread of the fire to the adjacent houses. Two children aged 2 and 3 perished in the inferno. We rescued another child with minor wounds and was admitted at Burao General Hospital.”The deputy chief of Burao firefighters, Jimale Mohamed Abdi told.

The deputy firefighter’s chief urged the public not to try to extinguish the blaze by themselves but call the fire fighters. He also called upon the drivers to let the fire fighter vehicles pass as they heard the siren in order to rescue lives and property from destruction.