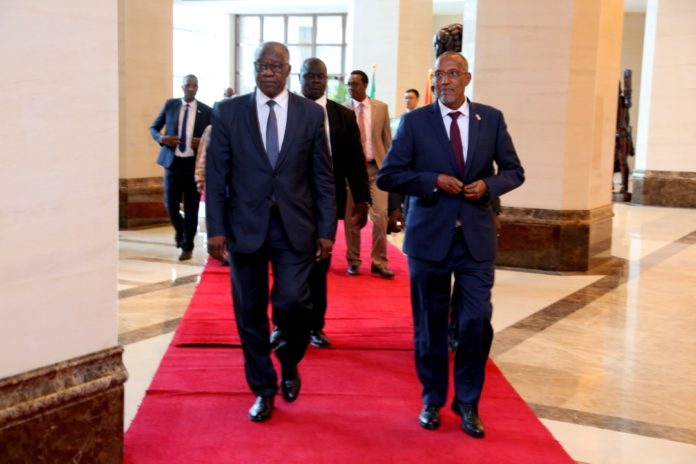 Ministry of Foreign Affairs of Somalia announced that “the Federal Government of Somalia has decided to cut all diplomatic relations with the Republic of Guinea.” According to the articles 4,7,8,9,10 and 11 of Vienna Convention of Diplomatic Relations (1961), there are principles and following core judgments which reflects the mechanism of diplomatic relations from the establishment to termination; part of those thoughts describes the acceptance of the receiving State in an attempt to establish relations between two states. Those establishing relations consists of the head and the size of the mission. it also includes “their arrival and their final departure or the termination of their functions with the mission.” The engagement and discharge of persons resident in the receiving State as members of the mission or private servants entitled to privileges and the immunities. All of those particularities are set to “specific agreements” In this regard, states first establish diplomatic relations before they cut, it is against the International Relations norms to cut nonexistent relationship. In this context, Somalia never established diplomatic relations with Guinea; history never mentioned ambassadors or other heads of mission or equivalent rank accredited to Heads of State in any of the two capital cities; therefore, there is nothing to “cut.”

In the same paragraph of that statement, Somalia expressed the basis of the unprecedented cut arguing that “Guinea has accorded the protocol of Head of State in Conakry, Guinea, to the leader of a separatist movement in «Somaliland» in the North of Somalia thus disregarding callously all the relevant resolutions of the UN and African consensus.” First of all, states employ protocol as one designed to accord the foreign dignitaries and representatives – while using it as a lubricant of international relations, much as engine oil in a motor, to reduce friction and to enable the political machine to function smoothly. Apart from some basic general etiquette; individual countries retain their particular styles, and according to the author of the Book 21th Century Diplomacy: A Practitioner’s Guide. Kishan S. Rana (2011) International protocol leaves ‘idiosyncrasies’ a room, whereby a behavioral attribute which is distinctive and peculiar to an individual country is allowed. The protocol is predicated on equal treatment for all those that are of comparable status, but instead of restricting ways and means it allows for uniqueness. Therefore, Guinea has the right to show special gesture to Somaliland, and it is against political freedom of the Republic of Guinea that Somalia attempts to dictate how that nation should or should not welcome when high-level foreign dignitaries visit their sovereign soil.

Secondly, Somalia’s statement includes “the leader of a separatist movement in ‘Somaliland.’” Somaliland is not a “Separatist movement”; it is a nation that meets all the criteria set for statehood. Despite the lack of consensus on a definition, the criteria set by the 1933 Montevideo Convention requires qualification for statehood. According to the Convention, the State, as a person of international law, should possess a permanent population, a defined territory, government, and the capacity to enter into relations with other states. (Lewis and Clark Law school 2016).

Therefore, those terms employed by Somalia’s Ministry of Foreign affairs are unethical, unprofessional, misleading, and not only fueling the situation but also breaking the agreements between the sides. It is well-known that starting from Chevening House UK to Istanbul I & II, Ankara to Dubai and Djibouti; the two sides agreed and endorsed to “refrain from using any inflammatory language and any other activities which may put the continuation of the Dialogue at risk.”

Lecturer and analyst on International Relations

Corant, Eugene (1963 Legal Problems Arising Out Of The Formation Of The Somali Republic. The International And Comparative Law Quarterly, Vol.12, No.3 (July 1963) Pp 1010-1026, Cambridge University Press.