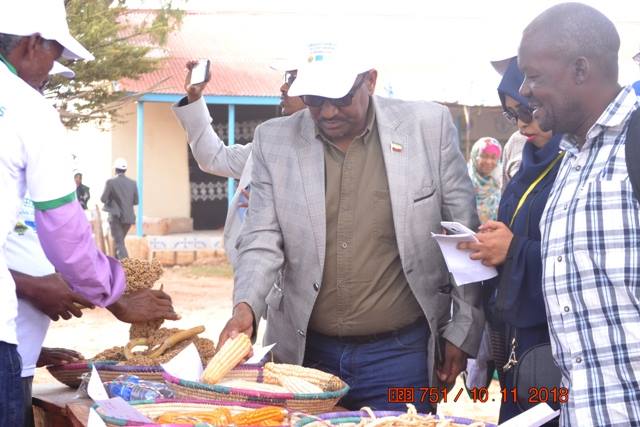 Somaliland has established seed bank, the first of its kind since 70 years of its existence.

The minister in charge of agricultural development has on Saturday showcased the first seeds at the agricultural research referred as “Aburin”.

These seeds were harvested from farming initiatives that the agricultural; ministry was responsible where hectares of land was cultivated including the Togwajale farming project which was quite successful.

The seeds exhibited at the research center included maize, sorghum and wheat.

This will resolve the country’s farmers who banked on imported seeds from overseas and utilize home grown seeds.

The mission behind creating the first seed bank is to reach food security which is aimed at increasing local production by investing farming community in Somaliland.