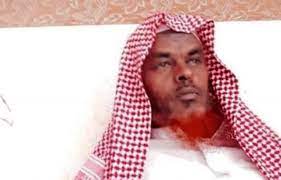 A well-known religious scholar from Somaliland Sheikh Adan Sunne said on Monday he had joined the Islamist militant group Al-Shabaab based in south and central Somalia, weeks after going missing.

Last week, an official with the Somaliland Ministry of Interior denied media reports that the cleric had been kidnapped by the region’s intelligence services and said he had traveled to the Middle Juba region which is under control of the Al-Qeada-affiliate.

Sheikh Adan Sunne told BBC Somali that he and his family were in the regions controlled by Al-Shabaab and that he had officially joined the group after fleeing his home town due to constant pressure from authorities.

Asked about rumors that he was seeking a leadership role in the insurgent group, Adan Sunne said he had no intention to serve a political position but would pay efforts in helping Al-Shabaab with his knowledge in Islamic Sharia.

Somaliland police arrested the religious scholar several times over the past years for preaching accusations against authorities whom he said were aiding organizations and groups spreading Christianity and other non-Islamic cultures.