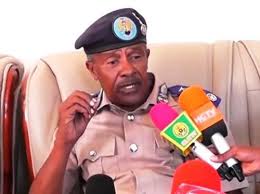 Security guards at Hargeisa maximum security prison foiled an attempt to smuggle a quantity of hashish to an inmates.

Two criminals have been caught red handed after they were arrested throwing bags packed with Hashish and Khat into the main veranda of the maximum security prison.

This was disclosed by the deputy Somaliland police commissioner, Hon. Abdirahman Foxle on Sunday.

He told that police officers patrolling the prison have caught the due while throwing the bags into the prison. Security at two other major police stations have intercepted and foiled attempts to smuggle hashish into the inmates. the hashish were hidden in the meals delivered to the prisoners.

Such smuggling attempts are rare in Somaliland whereby narcotics are smuggled into the prisons.