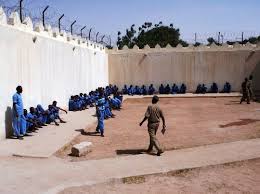 Somaliland is due to release more than 800 prisoners on temporary basis in an effort to combat the spread of the new Coronavirus disease in the country’s crowded jails.

The president of Somaliland H.E Musa Bihi Abdi has sent an official list of prisoners who will be granted pardons to the judiciary agencies including the Attorney General, the Justice Ministry and the Custodial Corps to give their advice on the prisoners who will be pardoned and the jail terms that each and every one has so far completed.

The President has ordered that prisoners that have committed major crimes like trading illicit alcohol, piracy acts, terrorism acts, murder and rape won’t be pardoned.

The president is expected to pardon the prisoners by tomorrow.