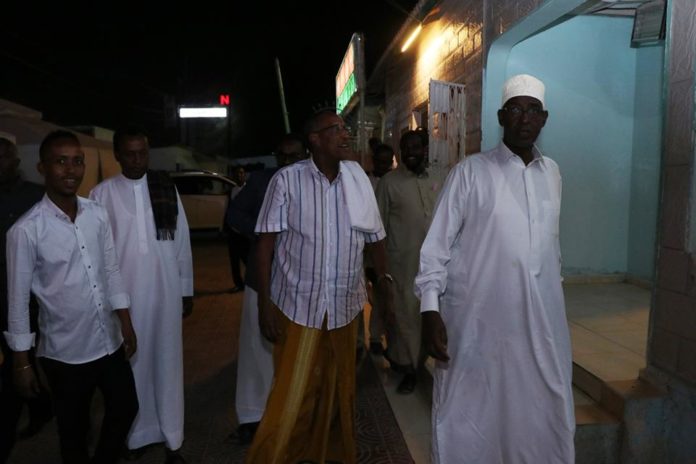 HARGEISA– The president of Somaliland, H.E Musa Bihi Abdi on Friday night surprised clients at Hargeisa’s Hotel Golden when he strolled in without being escorted by security forces. The president met traditional elders, religious leaders, youngsters and intellectuals during the impromptu walk at Hargeisa. The President was accompanied by the minister in charge of transport and road development, second deputy chairman of Kulmiye and the chief security at the presidency. The President inspected major roads in Mohamud Haybe and Mohamed Moge which the Mr. Bihi has ordered the rejuvenation and revamping of the streets which are under construction at the moment.