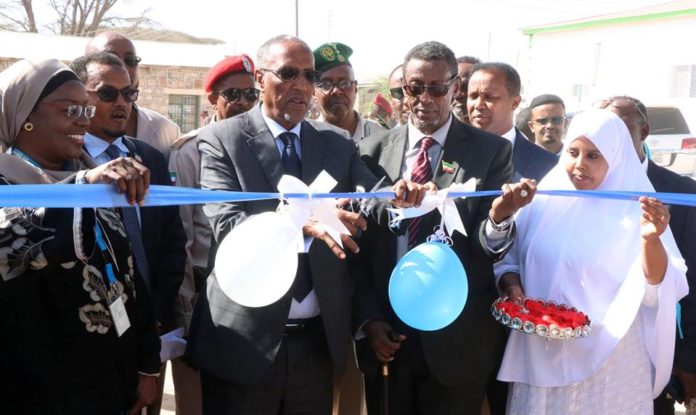 HARGEISA– The President of Somaliland, His Excellency Musa Bihi Abdi on Monday has inaugurated the expansion project of Hargeisa General Hospital. The expansion of the hospital saw the addition of outpatient, maternity and solar energy facility rooms were constructed.  The Head of State has also inspected Child maternity ward. The president, the health minister, the director in charge of HGP, UNHCR and DRC officials attended the ribbon cutting ceremony. Dr. Ahmed Omar askar, hospital director has reiterated that the expansion will cope with the reception of patients in the capital and pledged to continue the expansion efforts. The minister of health, Dr, Hasan has conveyed a clear message to the attendees that the improving of health is a top priority for president Bihi’s gov’t. The Head of State has congratulated to the health ministry and the hospital for progress that they achieved.