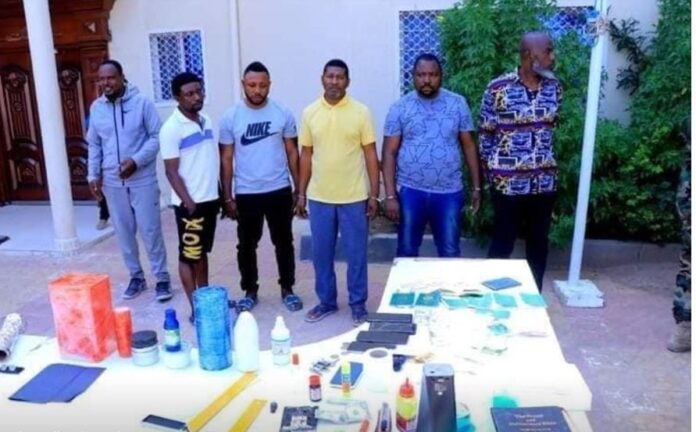 Commander of the Somaliland Immigration Force Brigadier General Mohamed Osman Alin, who spoke to the media, said they had arrested six people on charges of making counterfeit currency and equipment.

The Immigration commander has commended Somaliland Police force for their arresting assistance, adding the suspects entered Somaliland from Egal Airport and the border town of Wajale, on the Somaliland-Ethiopia border.

“They are an invading group that wanted to destabilize the Somaliland economy. They are well-organized and well-equipped men, from chemicals to paper, and they want to print large amounts of money,” Baghdadi said.

Security forces displayed Somaliland Shilling, the Ethiopian Birr and the US Dollar they used for symbol

Defendants are expected to appear in court within the next 48 hours.