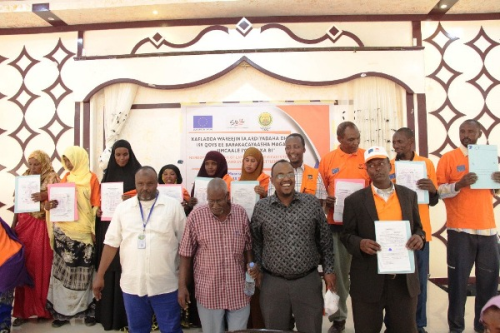 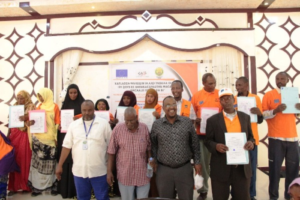 HARGEISA– The Norwegian Refugee Council (NRC) on Tuesday allocated land to resettle 199 IDPs which be their property. The IDPs families currently live in Jimale and Ayaxa B villages that locate in the south of Hargeisa.

The handing over ceremony of the land which the IDPs will own saw the attendance of Somaliland’s Refugee and IDPs Agency chairperson, Marodi Jeh Commissioner, NRC staff and other guests.

NRC head of social affairs, Hon. Khadar Qorane said that the main reason for the meeting is to hand over land ownership certificates to the IDPs which has been going on for quite some time. Marodi Jeh regional commissioner has thanked NRC and SL refugee and IDPs agency which have done a great job for securing land to Internally Displaced People in Somaliland. Hon. Abdikarin Ahmed Hinif, Head of Refugee Agency has said that houses were built for 145 IDPs and further pledged that the rest 54 other will get their houses built sooner rather than later.