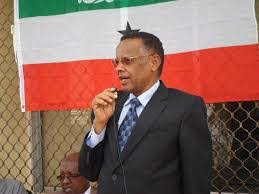 The ex-chairman of PAC confirmed his dismissal to Somaliland media and this comes after the committee launched an investigation into the national budget whereby they disclosed widespread graft committed by former ministers who served under Silanyo’s administration.

The corruption probe has sparked a spat between the house assembly speaker and PAC which later ensued the sacking of Hon. Nasir Ali Shire from his post. This was the first corruption investigation conducted by the Lower House of Assembly ever since its election in 2005. Somaliland, a country without an international recognition has a zero tolerance policy towards protecting the public assets from officials.