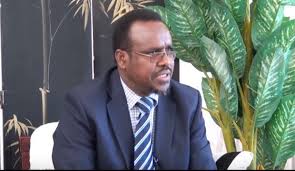 BERBERA–Saleban Ali Kore, Somaliland’s Minister of water resource has declared on 11th June, the starting phase of Berbera’s water extension after years of water shortage in Berbera.  Berbera is coastal city which has a high temperature during summer. The minister of Water resources had visited Berbera city, and informed the residents  the starting of nine water wells in Berbera to overcome the water shortage in Berbera, Sahil region. “Since Somaliland has regained its independence and before, Berbera residents did not have an enough water, there was a water scarcity in Berbera, on behalf of the government, Today I am informing to you [Berbera’s resident] that the ministry of water resources will start the drilling of nine water wells which will cover the water we need” Saleban said. “In the coming years, the shortage of water will no longer be existing in Berbera and its residents, but the drilling of wells will take months, we inform the people to understand it.” He added.