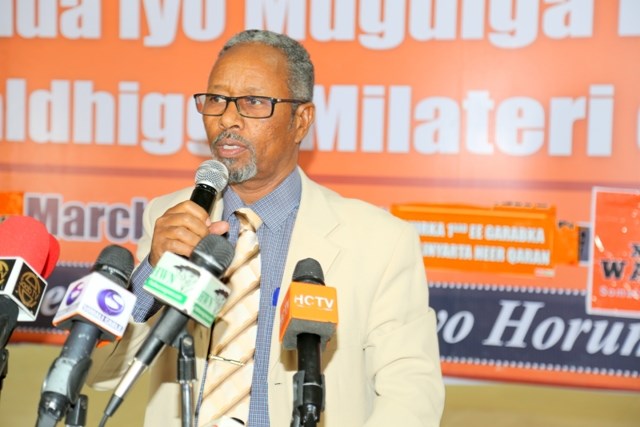 HARGEISA–Somaliland main opposition party has announced that negotiations with the ruling party about how to resolve the nation’s election crisis has not produced any outcome.

Kulmiye and Wadani political national parties held series of discussions for the past three days which did not make a major breakthrough in the election dispute.

An MP by the name of Mr. Hussein Ahmed Aidid, a member of Wadani opposition party and who represented his party at the talks and said that the two sides have failed to resolve the bone of contention which is either to disband the current national election commission or that the parties should have equal members.

Mr. Hussein has pointed an accusatory finger on the ruling Kulmiye party that was an obstacle to the resolutions.

“We have met for three days in order to reach a consensus on two points. We have called upon that the national election commission should be dissolved which its mandate is about to expire within 12 days from the date of the elections.” Hussein said.

The MP who was speaking on behalf of Wadani opposition party has further added by saying that they have suggested that all three political parties must divide the members on equal basis but reiterated that the ruling Kulmiye party has rejected their proposals.