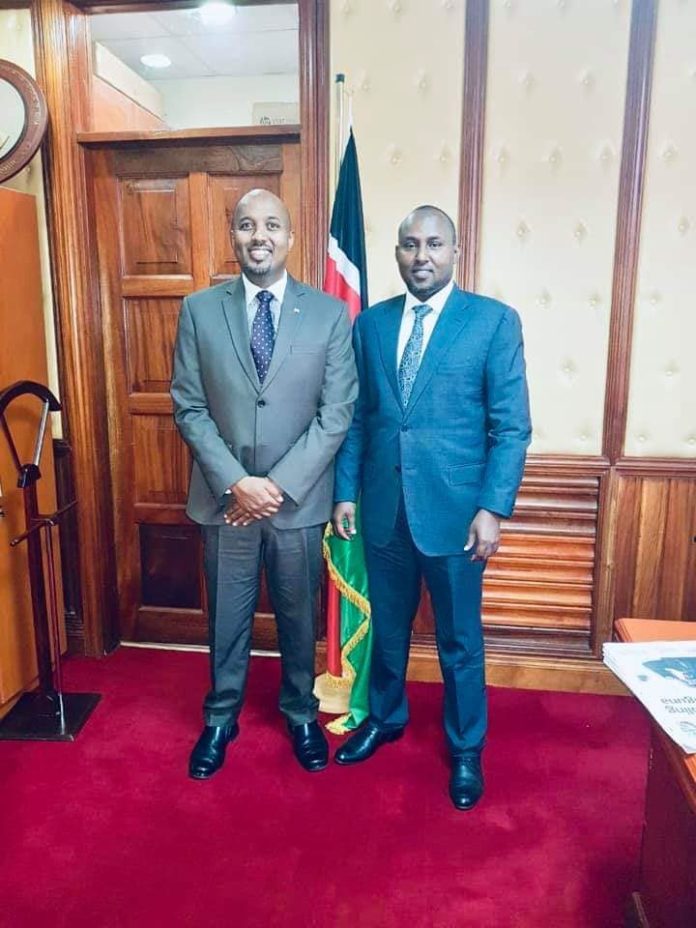 HARGEISA– Somaliland Head of mission to Kenya, Hon. Bashe Awil has paid a courtesy call to the Kenyan parliament on Wednesday and there he was received by Mr. Junet Mohamed, Kenya’s parliament whip chief. Mr. Bashe met yesterday with Mr. Kipchumba Murkomen, the senate majority leader. Somaliland Representative said that he discussed with both leaders of Kenya’s parliament on ways to boost the bilateral ties between the two countries. He also raised with them the best possible way to initiate working relations between the parliaments of Kenya and Somaliland. Mr. Awil, Somaliland’s Head of mission said common understanding was reached on the issues discussed with the Kenyan parliament leaders.