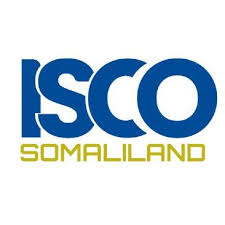 The Independent Somaliland Civil Society Organizations (ISCO Somaliland) has been following closely the Somaliland’s electoral process aimed to hold the long overdue elections of the Parliament and local councilors, particularly, the political parties’ efforts to reach a common agreement about their differences over the National Electoral Commission, which has been the main challenge to commence the preparation of the elections.

27 July 2019, the three political parties reached an agreement on the prolonged dispute over the composition of the National Electoral Commission, which created a hope for the people of Somaliland and raised expectations in ending the unconstitutional election postponements which question Somaliland’s democratic credentials.

After receiving nominations from the Guurti (2 members) and the opposition parties (2 members), the President nominated three members and submitted the seven nominees to the House of Representatives for approval. Unfortunately, WADDANI, an opposition party, announced that they are not happy with two out of the three members nominated by the president, arguing that Abdirashid Mohamoud Ali (aka Riyoraac) does not fulfil the requirement set out in the Election Law (Law No. 20/2001), which prohibits a member of a party to be appointed to the electoral body. Additionally, WADDANI opposes Kaltun Hassan Abdi, arguing that she is a member of the current Commission which WADDANI does not trust. UCID, the other opposition party, agrees with WADDANI in its rejection of Abdirashid.

As a result of its new complaint, WADDANI withdrew its nominated member and insisted on their position.   On 12th November, the House of Representatives approves six members including those rejected by the opposition parties. Both opposition parties, UCID and WADDANI, refused to participate in an election presided by the disputed member, Abdirashid.

After election observations and monitoring, the taskforce of ISCO Somaliland discussed on 16th November 2019 the situation. ISCO is very worried about the status of Somaliland’s democracy. Somaliland is a democratic country by the constitution, but practically it violated its constitution. We express our deepest regret that Somaliland failed to hold elections for the Guurti (House of Elders), which has been in office since 1997, the House of Representatives (since 2005) and Local Councilors (since 2012). For democracy to exist, ISCO believes elections must be held on time. A country which ignores rule of law, does not consider its electoral legal process and deprives the people’s representations in the country’s leadership cannot call itself a democratic country.

Following are our recommendations:

To the opposition Parties

ü Come up a full commitment for participating in elections on time and show a willingness to uphold democratic values.

To the president and the Ruling Party

ü Respect the constitution and the rule of law

ü Respect the people’s need to cast their votes to get new representation in the Parliament and local councillors,

ü Address the opposition’s complaints against the electoral commission.

ü Think out of the box and give priority in holding the long-overdue elections to end the frequent election delays and extensions and salvage the country’s democracy.

ü Play an active role in the democratization process and hold leaders into account. Civil society groups should side with the people’s fundamental right to vote, and should actively engage by upholding the democratic principles and protection of constitutionalism.

To the disputed nominated members of the commission

ü The aim of the National Electoral Commission is to adjudicate contenders. If the opposition parties which are your stakeholders do not want and trust your adjudication at all, it is better and recommended to respect them, and withdrew yourself from the assigned responsibility.

ü Respect the rule of law and the supremacy of the Constitution.

ü Respect the people who elected you in 2005, and support efforts to get new parliamentarians.

ü The Guurti (House of Elders) should refrain from making further extension of terms.

To the local Councilors

ü Respect the Rule of Law

ü Your office term is expired and you have no any extended term. Please respect the people who elected you five years in 2012.

Independent Civil Society Organizations Coalition (ISCO Somaliland) is a coalition for the independent civil Society organization of Somaliland to cooperate on areas of democracy and civil rights. ISCO Somaliland will always act in accordance for the best interest of democracy and civic space based on the constitutional principles and international standards. ISCO Somaliland is committed to sustaining an independent and vibrant network of civil society actors and groups that are responsive and accountable to the people. ISCO members are based on the six regions of Somaliland.