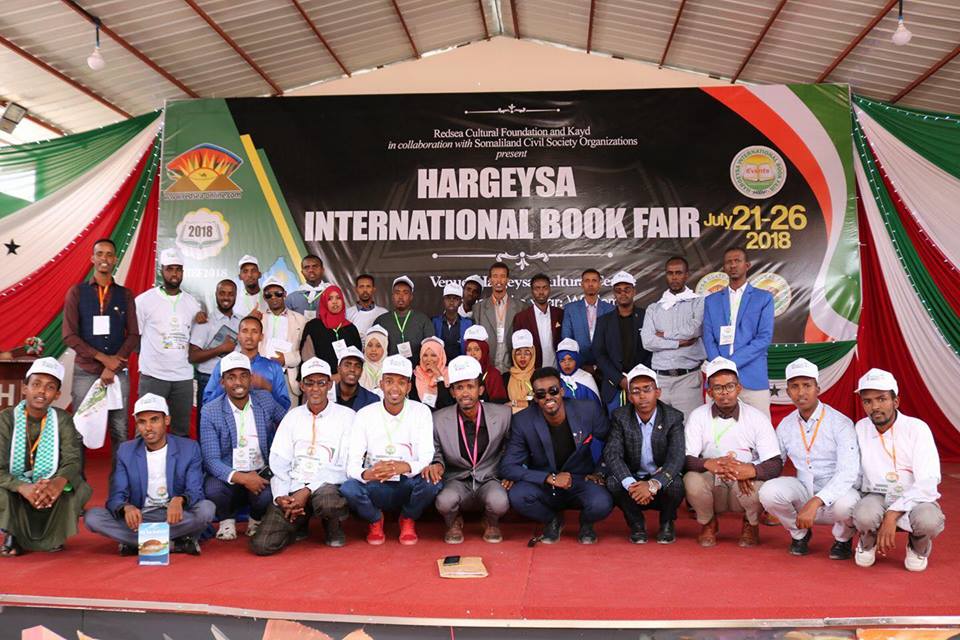 This event brings together many intellectuals and outstanding talents. Started in 2008, it has grown into an annual attraction featuring thousands of writers, poets, journalists, and photographers from across the world. The book fair has named a guest country every year with different themes, with writers from and not limited to Nigeria, United Kingdom, Malawi, Djibouti, Ghana and Rwanda who is the guest nation this time around.

At the Hargeisa festival, western classics by authors like Shakespeare are sold alongside Somali books written by great writers such as Booble Yusuf Duale, Nouradin Farah, Nadifa Mohamed, Mohamed Hashi Dhamac “Gaariye, Mohamed Ibrahim Warsame “Hadrawi” and the list goes on, as well a list of Somali poetry and short stories. Discussions are held that address key issues including censorship, freedom, creative imagination, connectivity and the future. The event has also created a platform for new authors to promote their books as well as share ideas, discuss the problems ailing the country, and come up with solutions. This and the other festivals also emphasize the power of the written word, in a country where oral storytelling has been the norm for centuries. The Somali language didn’t have an authorized orthography until 1972.

This year have another taste and a great achievement for Dr Jama Musa Jama as the 13th Congress of the Somali Studies International Association SSIA is being held from 23-25th July 2018 in Hargeisa, Somaliland for the first time since 2001 which was the first time the congress was held in Hargeisa. The congress will be held at the Hargeysa Cultural Centre as well as the University of Hargeisa, which is co-hosting the Congress with the Redsea Cultural Foundation.

As SSIA is celebrating its 40th anniversary and being held in Hargeysa, Somaliland, this year’s Congress will mark the fourth time that it has been held on Somali peat. The last time it was held was back in 2001 in Hargeisa and in 2007 Djibouti. This year’s Congress will be held in concurrence with the annual Hargeysa International Book Fair. While many individuals and host-country organizers deserve credit for maintaining this SSIA tradition of lively, open, and unbiased debate, perhaps no one is more responsible for the Association’s success than Professor Hussein Adam “Tanzania” may his soul rest in peace, as one of its “founding fathers” and its first president.