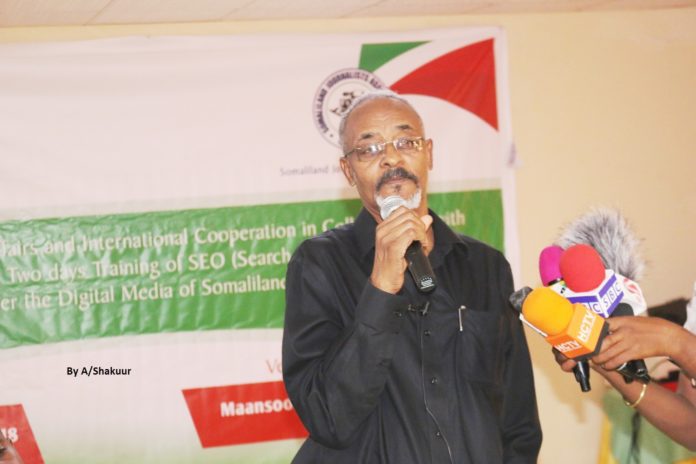 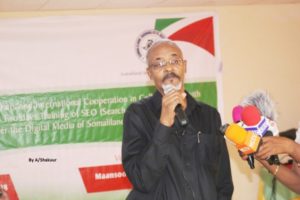 HARGEISA–The minister of information culture and public guidance Mr.Abdirahman Abdillahi Farah (Guri-Barwaqo) occasioned a training seminar for online journalists. The two day workshop was held at Mansoor Hotel in Hargeisa and was sponsored by Somaliland Journalists’ Association (Solja). The information minister urged the country’s journalists to take benefit from the symposium and warned them against airing or reporting fake news.

Minister Guri-Barwaqo advised reporters against writing anything that represent tribe, region or group of people and instead should strive to create public awareness of important issues affecting the population and promote the Somali language which is in decline.

He promised to do whatever in his power to make sure that journalist knowledge has been uplifted to new levels. The minister thanked ministry of foreign affairs and international cooperation which went a long way to fund this important seminar.

Speaking at the venue was the Somaliland Journalist Association (SOLJA) chairman Mr.Mohamud  Abdi Jama (Huto) stated “This workshop seeks to promote the knowledge of journalists who have an important role to play in terms of educating the public.”

Director General of Ministry of foreign affairs Mr.Abdiaziz Nassir said that it is vital for journalist to write reliable news “I think websites are very important source of information where the world source information about Somaliland.” The two day workshop was intended to online journalist like bloggers and websites writers.