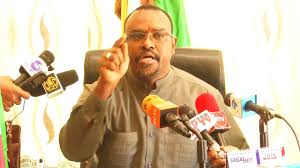 HARGEISA–Somaliland government welcomed the discovery of long lost Dervish film and expressed its commitment to advance the history of the Dervish anti colonial struggle.

Honorable Suleiman Yusuf Ali Koore, the information cabinet minister in a press conference yesterday commended the discovery as crucial to the revival of the Dervish legacy in Somaliland.

The epic four hour long film was found in the National Film Archives of India fought after 34 years of its completion in 9185.

It is made by Somaliland poet and playwright, Siad Salah Ahmed.

The minister stated it is the government commitment to further advance the kegacy that the Dervish movement had left behind.

Suleiman announced that the gov’t will organize conferences to mark the historical nationalistic struggle led by the Dervish movement.

He said that the conferences will be held in the nation’s capital Hargeisa and the historical places including the likes of Taleh which dates back to the Dervish movement in Somaliland.

The Dervish raged an endless war against the British rule in Somaliland between 1898 and 1921.

It is credited with the inception of Somaliland nationalistic and inspired all later nationalistic movement that came into being in the Somali speaking territories.

The minister reiterated that the Dervish heritage belongs to Somaliland people and that they are very proud of it.

He clearly stated that Somaliland could not be antagonized by evoking the lost memories of the legacy that the Dervish movement left behind. 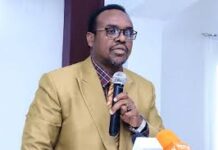 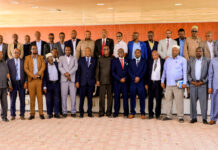 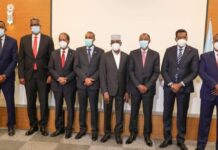