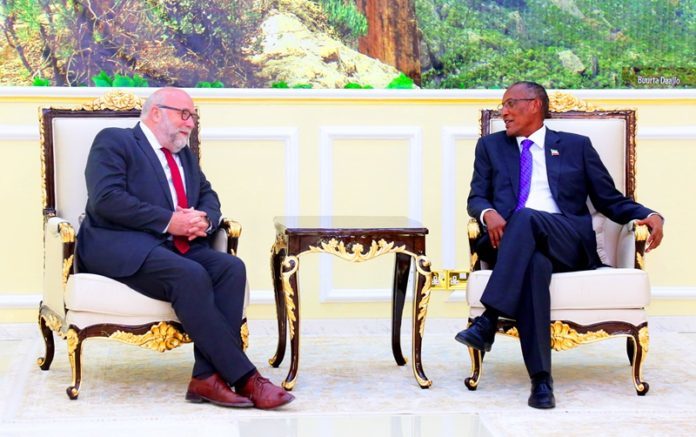 The President of Republic of Somaliland, Muse Bihi Abdi has held discussion with German Chancellor’s Personal Representative for Africa Günter Nooke on Monday. During the meeting, the two sides shared to foster the ties between Somaliland and Germany implementations of German funded  development projects in Somaliland, particularly building  roads  and water extension of Hargeisa capital which the German government takes key role. The head of state has thanked  the German Chancellor’s Personal Representative for Africa Günter Nooke for his visit to Somaliland, the two sides  parleyed to enhance the relationship of the two countries. At  the meeting Somaliland President was accompanied by the Minister of Water, Saleban Yusuf Ali Koore, the deputy Minister of foreign affairs, Liban Yusuf Osman, Somaliland special envoy to IGAD and UA Abdilahi  Mohamed Duale and General Manager of the Hargeisa Water Agency.