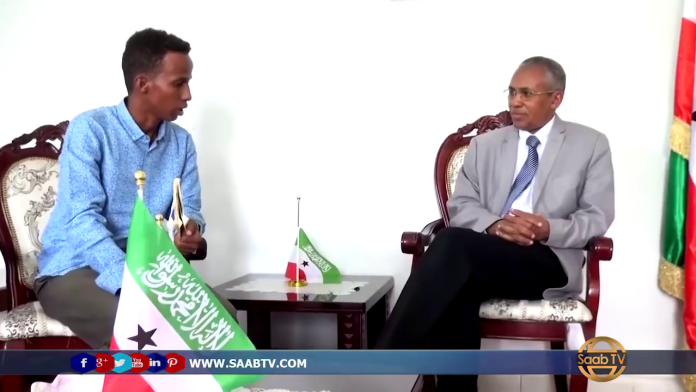 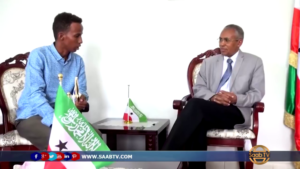 HARGEISA– The government of Somaliland has protested against the visit embarked upon by Puntland leader.

According to its foreign minister, Dr. Sa’ad Ali Shire has reiterated in local interview with Somali TV Channel that Somaliland will defend its territory from the invasion from Somalia.

Mr. Sa’ad has asserted that a gripe was sent to the International community against the provocation of was that one of the regional Somali state’s president came to Badhan which is part of Somaliland’s sovereignty.

The FM has strongly said that this will speed up skirmishes between the two forces unless Puntland’s leader thinks twice before violating the territorial lands of the country. The skirmishes that transpired in Tukaraq was the result of the tour that Abdiweli Gas paid to Badhan. In response to why the new Ethiopian PM, Dr. Abiy Ahmed has not conferred with Somaliland’s leader, President Bihi, the FM replied that the meeting between the two leaders is more overriding that the bilateral relations between the two countries.

He said in nutshell that the high level meeting between Ethiopian leader and Somaliland counterpart will one day take place and there is no urgency and hastiness as far as the bilateral relations between the two countries are concerned. Once asked if it is possible that Somalia’s leader, Farmajo may visit Hargeisa while his Somaliland leader, Bihi may embark on visit to Mogadishu. The FM cited that the bone of contention between Somaliland and Somalia is different in contrast with Eritrea and Ethiopia which once were arch rival foes but after detente the two neighboring countries have signed a peace.

Somaliland’s compliant sent to IC is to put diplomatic pressure against Puntland leader’s visit which is aimed at casuing clashes between the forces of Somaliland and Puntland militia.

The case of Somaliland and Somalia is quite complicated as Somaliland’s stance is to seek its independence from the rest of Somalia. Somalia’s central government collapsed after late President Said Bare was toppled from power in a revolt staged by rebel movement and from then the country sank into state of anarchy and chaos. Somaliland broke away from Somalia in 1991 but it has not been officially recognized.