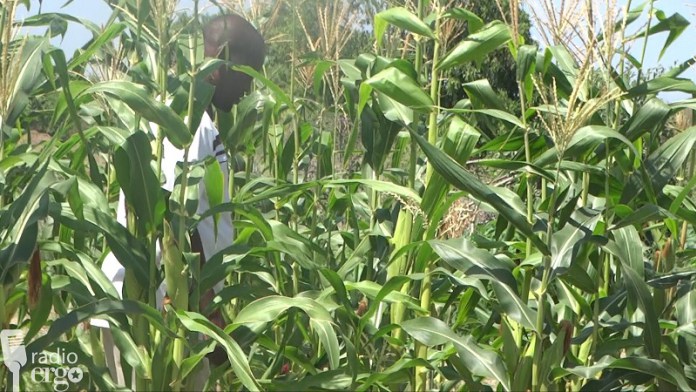 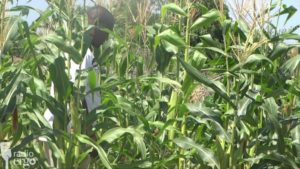 Somaliland farmers are complaining that cheap imports of food from Ethiopia are driving prices down in the local markets and ruining their chances of recovery after the recent drought.

Mowlid Nur Omar, a farmer in Arro-Tuulka village in Gabiley, told Radio Ergo that he brought 200 kg of tomatoes to Gobanimo market in Hargeisa earlier this month. But after failing to sell any he watched the tomatoes rotting away.

On 14  August, he came back again to Gobanimo with 10 kg of maize and sorghum but could not sell the grain either.

Farmers say that one kilo of sorghum has fallen from 8,000 to 2,000 Somaliland shillings ($1 to $0.25) due to the market being flooded with produce, especially from Ethiopia.

Mowlid said he had invested $1,000 in his farm when he planted in the ‘gu rainy season and he had hoped for higher returns.  He still has some maize and sorghum growing in the field: given the low prices he now plans to sell it off as livestock fodder to pastoralists.

Farmers in parts of neighboring Ethiopia had very good harvests this season and have been exporting surplus produced to Somaliland markets at low prices.

Mohamud Guled Ali owns a two hectare farm in Agamsaha village, 35 km west of Hargeisa. He took 100 kgs of tomatoes to the market in Arabsiya but had to sell off his produce for far less than he expected.  He sold 10 kgs of tomatoes at $2, as compared to the price of $20 he used to get for the same amount.

He returned to his village without selling his maize.

He told Radio Ergo that he took his produce to market on 29 July and 11 August, but both trips were in vain. The sharp fall in prices meant he made a huge loss and could not recover his initial investment.

Mohamud took a loan of $500 to buy seeds and cultivate the land and cannot see how to meet the repayment due in October. He is also worried about the livelihoods of his nine children

Local farmers in Somaliland are bitter about the fact that farmers in Ethiopia get subsidies and transport assistance from the government to export their produce over the border.

The coordinator of the Ministry of Agriculture in Marodijeh, Abdirisaq Muhumed Gabobe, told Radio Ergo that local markets are facing very stiff competition.  In addition, he estimated that local farm production this year has dropped by half.