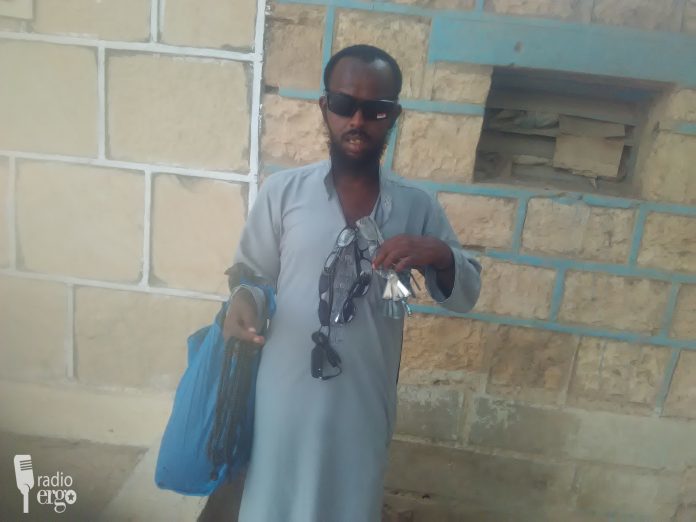 Despite excelling academically, Suleiman Mohamed Hassan, 34, has failed to get a job because of negative perceptions by employers about hiring people with disability.

Suleiman, who lives in Hargeisa, Somaliland, has two bachelor’s degrees in accounting and information and communications technology (ICT).

But he has made 150 job applications, and all have been rejected. He has had a paralysed leg since birth and states his disability in his resume.

“I have several academic papers including degrees and diplomas in different fields. I have applied for over 150 jobs in several towns in Somaliland but failed to get one!”Suleiman told Radio Ergo.

“I think employers are very ignorant and even to some point cruel when they see applications from disabled people,” added Suleiman, who has kept copies of all his application letters since 2012.

“Sometimes I was frankly told by the employers that I could not be employed because of my disability.”

He has applied to private companies, academic institutions, and government ministries.

The discrimination and rejection discouraged him, dented his self-esteem and crushed his confidence, Suleiman said.

Mohamed Amin, the director of Jubbaland Disabled Persons’ organization, said disabled people face numerous barriers on top of discrimination. Most have low levels of education and live in poverty. They face discrimination in marriage and lack access to buildings and public transport vehicles.

Mohamud Khalif was married twice. Both marriages collapsed due to disputes with in-laws over what he says was discrimination based on his disability. He attributes his marriage break-downs to negative social attitudes.

“We need concerted efforts by all members of society to fight against discrimination of persons with disabilities in every aspect of life,” he said.

Waris Abdullahi Shirwac, who chairs the Organisation for the Disabled in Galmudug, said discrimination also extends to the deprivation of education for disabled children among parents. She believes that the discrimination against people with disability starts from the home.

“The problem lies with parents; they do not encourage their children to interact with society. Some even do not believe a child with a disability can even be educated,” Waris said.