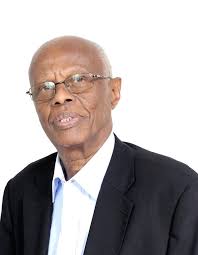 Though Somaliland is part and parcel of the Horn of Africa region its is also a country in its own rights.
This was stated by Ambassador Hussein Ali Duale ‘Awil’ during an interview with Geeska Afrika in Hargeisa where he touched on Somaliland Vis ‘a’ Vis the change scene in the Horn of a Africa region as well as issues pertinent to the Somaliland army.
On the effect on Somaliland as pertains ongoing political, security and economic changes taking place in the region, Amb Awil said that Somaliland shall not be affected negatively especially by the reconciliation between Ethiopia and Eritrea.
“Only advantages be it politically, diplomatically, economically or security wise can be accrued by Somaliland following rapprochement between the two countries. Adding that
“Diplomatically Bilateral Relations Aren’t Based on Suspicion but on Interests though each country needs to be wary,
A former Ambassador for Somalia in the 80s and Somaliland minister of finance in the administration of president Dahir Rayale Kahin, went on to urge that this country is built on sound foundations thence need not worry much on what neighbour do or don’t do.
Said he, “We should not interfere with internal affairs of our neighbors and they should also not interfere in ours” stressing on the fact that neutrality is the best diplomatic move ever envisage and practiced,
Concerning the Rapport established by Ethiopia and Eritrea after over two decades of deadly animosity and effects on Somaliland Amb Awil Said
“Not an iota of effect, since we are friends with Ethiopia of whom we share apt and lengthily political, economic and security cooperation” adding that the reconciliation with Eritrea will only enhance these relations and not constraint them.
Stating that despite the entire internationally community glued towards the developing scene in the Horn region, the republic of Somaliland shall continue to maintain its apt relations with Ethiopia.
“Let no one cheat us that such and such a tribe ruling Ethiopia is counter productive for somaliland, no, for it does not matter whether it is an Amhara, Oromo, Tigray or southerner at the helm in Addis Ababa.
According to the former diplomat turned politician relations between Somaliland and Ethiopia are not based on who is ruling but on shared interests adding that
“To Somaliland Any tribe ruling Ethiopia is proper”added the diplomat who went on to justify his point with a quote by famous British leader Sir Winston Churchill “Britain do not have permanent enemies or permanent friends but only permanent interests”
On this historic relations that have seen Ethiopia became the only country to establish a fully fledged diplomatic mission in Hargeisa, Amb Awil said
“Somaliland is in the vanguard of prevalent security in Ethiopia which translates to the massive development achievements garnered by the neighbouring country”
Stating that the importance of Somaliland to Ethiopia is undeniable not to mention of mutual benefit the diplomat said that the authorities in Addis Ababa are acquiesced to the fact that no enemy of Ethiopia can pass through our country, ever.
On the Economic front Amb Awil said that Ethiopia needs Somaliland for its imports and explored since it is a landlocked country and travel from Mogadishu port by truck to Ethiopia takes five days while that from Berbera port takes only hours to reach parts of the neighbouring country.
Urging continued confidence in friendship with Ethiopia, Somalilanders were cautioned on pursuit of interfering in internal affairs of neighbours.
“Ethiopians elected Abiy Ahmed as their prime Minister and this is their choice which we should all respect if we expect others to do likewise to our leadership choice”said Hussein Awil Duale.
Stressing on the facts related to qualifications of PM Abiy , the diplomat said that though youthful the main in charge in Addis Ababa has leadership experience having been a senior military and later intelligence service officer.
“Rather than eye his agenda with suspicion we and the entire Horn region should give 100% support since positive developments in his country shall surely translate to the rest in the region.
On issues internal to Somaliland Amb Awil touched on the Somaliland military which has been lately in the news but negatively.
Said he “Media outlets are reporting on alleged clan imbalance within the military especially its higher echelon, which comes a saddening surprise for me”
According to the Ambassador a country is initially founded on two items namely a flag and army, both of which a sacred thence treated with the respect they deserve.
“In other world countries the media never delves much in issues related to the National Defense establishment, be it lineage of commanders, budget etc” and any that goes contrary to this unwritten rule has to contend with the wrath of law.
In conclusion Amb Hussein Ali Duale ‘Amb Awil”Urged citizens of Somaliland to deter from cheap politics that can only end in destruction and not Development
Currently the ambassador is a member of the national committee charged with the quest for recognition of Somaliland as a sovereign nation.