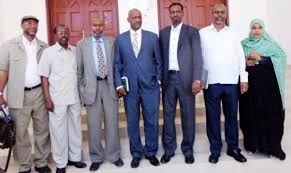 A Democracy of a country thrives on the integrity, competency and neutrality of the institutions administering its elections. Election commission (EC) is the single most important institution of conducting an election; and it is the central pillar of a country’s democracy. It is so critical for a democracy that quality of this institution is a baseline to evaluate the overall veracity of representative institutions. They are the gardeners who can grow and develop well and vigorously the democracy of that country. EC is constitutionally entrusted to work as an agent who ensures that the sanctity and veracity of the election process is not vitiated or distorted; and it should have the confidence of all parties concerned. If the election commission of a country is first neutral and has an ability to do the job of administering the elections successfully and efficiently, it thrives the democracy and credibility of that country.
When the EC of a country act honestly and impartially, then that trustworthy EC would take responsible and care of the rest of the election challenges and would ensure the rule of electoral laws and right to vote without discrimination. The competency and credibility of the EC can thus shape overall perceptions and confidence in the integrity of the election. The task of EC becomes even easier in a democracy like Somaliland where there is no diversity that exists along its community. The task of EC starts right from the enrolment or voter registration process; which is the most massive task that EC is to do. The right to exercise one power trusted by all (EC) to vote is the bedrock of modern democracies. EC is also entrusted with the task of ensuring to be in the level of a referee in a playing field with good spirit and neutral for all; observing the constitutional ideals. So the government of that country is responsible to ensure that the election commission must be a commission with credibility and has the confidence of all the parties
In fraudulent elections the equal opportunity of the public was denied and the Election Commission loses their neutrality. In such elections the EC is the sole responsible institution and it would render into empty shells and the spirit of democracy is dampened; and they will not be trusted again. Governments formed in this way would tend to begin with violence and confronting disputes among the people of that country. We slightly experienced this violence in our last election, but God saved the country to go deep in to the violence. To avoid this evil to occur again in our country, the trust worthiness of the Election Commission by all competing parties in the elections is most vital to be respected. The first step of an election preparation is to build professional and competent electoral commission; who have the confidence of all the parties and that of the public; with full independence of action to administer the election in a transparent manner.
When EC works in an environment of government authority interventions, there is always a strain between the parties or between EC and the opposition parties; and this is what is going on in Somaliland. This election commission already failed to monitor the model code of conduct devised and signed between the election stakeholders. It failed to do its duties independently by taking directives from one of the playing teams in the field. This EC is also alleged of its silence about the continuous constitutional usurpation by the government and its party. In the last election, this EC has transformed itself into an institution which cannot be trusted by Somaliland people. Its various partial refereeing actions caused these political standoff challenges the country is within. Their lack of neutrality, their lack of efficiency, their lack of independence and their lack of working ethics distorted Somaliland democracy; harmed the unity of the population and damaged the people’s faith in the elections.
This EC is now working with two parties on their unconstitutional proposal to conduct an election for two parties. How can such commission who sided with one side of the parties on their political dispute be neutral and impartial on conducting an election for them? Everybody who is thinking positively for the betterment of Somaliland understands that it is a clear testimony that they deserve to be removed out of the office and new commission members is to be established. I wonder why the government is so rigid on this Election Commission accused with dirty hands of partiality and unfair refereeing. Does the government want them to do the same mess and repeat the country to the violence that God saved from us?