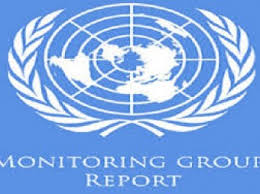 The United Nations expert panel in Somalia including Somaliland has released its report in 2019. Several main issues regarding Somaliland have been highlighted. The issues range from Somaliland getting weapons and military accessories from Ethiopian company, Somaliland securities apparatus helping international communities in the fight against Terrorism,   the construction of UAE military base in Berbera and accusations of mismanagement to the ministry of agricultural development.

In the UN Expert Panel report, an Ethiopian government-owned Metals and Engineering Corporation (MetEC) has admitted to the UN experts that it has sold arms to Somaliland and parts of Somalia. Documents were seen by the Group show weapons sold between 2013 and 2015. The group said more than three million weapons had been stolen.

According to the report, company executives told MetEC Ethiopia it was treating Somaliland and Puntland as independent countries.

UAE BASE IN BERBERA

Regarding the UAE Military base in Berbera, the group says the UAE’s construction in Berbera is against the United Nations sanctions.

The group also accused the UAE of refusing to respond to any requests it had made, and that the agreement governing the station to be shown. The group also claimed that Somaliland authorities refused the group to visit the base.

The team said satellite photos show significant constructions of buildings, hangars, and rehabilitation of the runway.

Regarding Somaliland’s cooperation of counterterrorism activities, the report says a Somali man named Omar Moshin Ibrahim of ISIS and was arrested in Bari, in southern Italy, on his way to bomb the Vatican. The man, also known as Anas Khaliiil was apprehended on 17th December 2018 with the intention to attack the Vatican Christmas celebrations, on 25 December 2018.

During his time in Italy, he maintained communication with ISIL affiliates in Somalia and Kenya.  He was in constant contact with Abdullahi Mohamud Yusuf, also known as Abu Haatim, a Puntland man who was arrested in Somaliland in 2018.

Abdullahi was arrested in Somaliland on documents containing ISIS’s strategy to spread to East Africa. The report said that data from the Somaliland government said the man had visited 12 countries in Africa and the Middle East, including South Africa, Sudan, Saudi Arabia, Iraq and Kenya.

Anas was also associated with his brother in Somaliland, called Abdirauf Omar Ibrahim (also known as Abdirashid Khalil). the report said. Abdi’rauf is in custody in Hargeisa and is expected to be released in December 2019.

MISMANAGEMENT OF CONTRACTS IN MINISTRY OF AGRICULTURE

The report accuses the Somaliland Ministry of Agriculture of blocking efforts by the United Nations Food and Agriculture Organization (FAO) to bring much-needed to farmers in Somaliland who say the drought has affected food production.

In January 2018, the FOA launched a platform to deliver 10,000 tonnes of seeds that were planned to be delivered in May 2018. “In February 2018, the FAO selected 20 agricultural businesses to import the necessary products, which it approved. Somaliland Ministry of Agriculture However has refused to grant import licenses to all businesses except one.

The Ministry and FAO subsequently reached an agreement that four of the agro-traders would be allowed to import the materials but, in May and June 2018, the Ministry again blocked the importation by refusing to supply three of the four agreed-upon traders with permits. A proposal to allow the Ministry’s preferred agro-trader to import and distribute the entire 10,000 tons of seeds required for the project was rejected by FAO.

In June 2018, FAO sent a comprehensive letter to the Ministry of Agriculture regarding concerns over the Ministry’s interference in the project. Owing to obstruction by the Ministry, the seeds and fertilizers were not imported in time for the agricultural season and, consequently, FAO cancelled the project in July 2018.

The report concluded that the cumulative impact of two consecutive poor rainy seasons and dry conditions in Somaliland led to a sharp deterioration in the food security situation in 2019 and resulted in widespread crop failures.