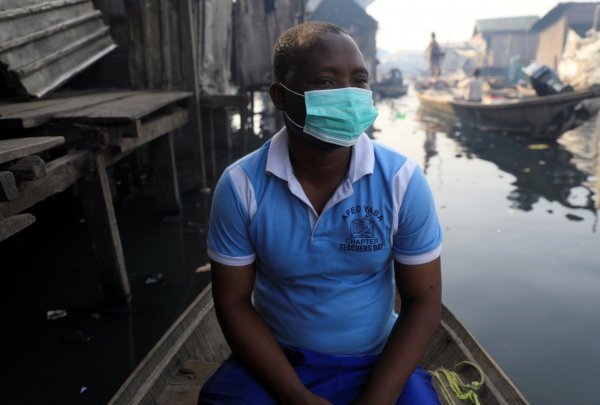 During the opening plenary of its XV General Assembly, UNPO brought together a panel of experts for an online discussion on the impact of the COVID-19 pandemic on unrepresented peoples around the world. Following the introduction by UNPO’s  Head of Policy & Research on the campaign Coronavirus: Unrepresented & Alone, the debate heard speeches from Mrs Edna Adan Ismail (midwife and Director and Founder of the Edna Adan Maternity Hospital in Somaliland and pioneer in the struggle for the abolition of FGM; as well as former Minister of Foreign Affairs of Somaliland); Professor Fernand de Varennes (UN Special Rapporteur on Minority Issues); Dr Irma Alicia Velásquez Nimatuj (Journalist, Social Anthropologist and international spokeswoman for indigenous rights); Professor Fiona McConnel (Professor of Geography from the University of Oxford); and Dr Jehan El-Bayoumi (Physician, Professor of Medicine at George Washington University and Founding Director of the Rodham Institute).

Building on the fruitful debate, the UNPO XV General Assembly adopted a resolution during a plenary on 2 August 2020 on the impact of COVID-19 on unrepresented peoples, calling upon the international community to strengthen multilateral mechanisms of governance as the only way to tackle global crisis via coordination and solidarity to the most vulnerable.

Bearing the brunt of the coronavirus pandemic, unrepresented nations have had to face increasing violence, persecution and militarization, often sponsored by the governments charged with their protection, while increasing hate crimes and scapegoating committed against them has led to their exclusion from democratic processes and their being denied of access to funding and supplies to deal with the pandemic. Deep rooted societal and economic problems have been severely exacerbated by the virus, including decades of severe neglect and underinvestment.

For example, in Washington D.C. severe underfunding of healthcare facilities in the poorest parts of the city have left those communities particularly vulnerable to the virus. In Latin America, the lack of medical facilities have left indigenous communities in an even more vulnerable situation. Already at great risk of displacement due to unrelenting mining operations on indigenous territories, indigenous peoples are suffering more than before. For UNPO members in Africa and South Asia, a common theme was the severe lack of development, in particular the lack of health facilities, as well as military and governmental repression that has been ramped up due to the pandemic.

In light of the severe impact of the COVID-19 pandemic on unrepresented nations and peoples, the coronavirus was a crucial issue discussed at the XV General Assembly. The necessity of finding solutions to the issues brought by the pandemic has led to UNPO to adopt a resolution calling upon the international community to allow states with limited recognition to have full access to coordination mechanisms such as the World Health Organization and access to external international aid and funding, as well as for the United Nations to launch an international fund specifically aimed at strengthening resilience of minority and indigenous communities worldwide, so as to allow them to recover from the harsh impact of the pandemic.

Having adopted this resolution, UNPO members aim at reminding the international community that the disproportionate impact that the pandemic has had on minorities, indigenous communities and other unrepresented peoples is largely caused by the marginalization and lack of self-determination of these communities and is simply an amplification of public health and other rights-based disparities faced bythese communities, and therefore urges a renewed focus on the full realization of the right to self-determination of all peoples.

The full video of the webinar will be made available soon here.