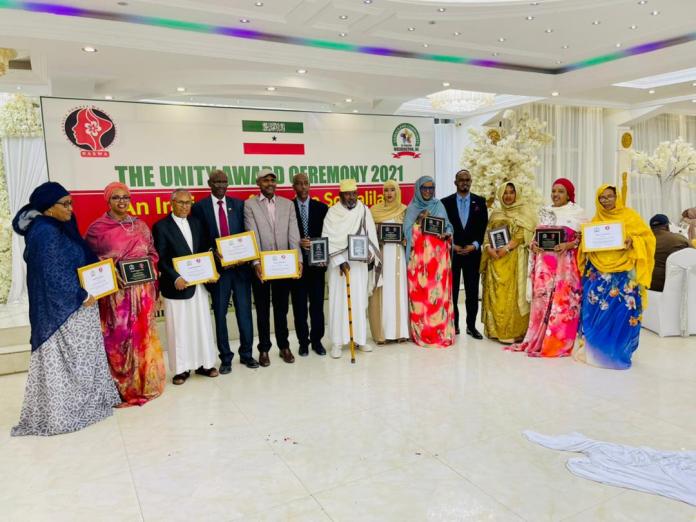 -As a positive reflection of the Somaliland Diaspora outside the country, the Somaliland Community in the US came up with the initiative “The Unity Award,” They appointed the members listed below as the year awardees.  Those including the Chairman of Somaliland National Electoral Commission and the NEC as a whole, two ministers, two MPs, three mayors, Somaliland None State Actors (SONSAF), and three unelected female candidates who encouraged the role of Somaliland women in the decision making and the political participation.

The Somaliland Diaspora Community in the US nominated these members for the Unity Award they initiated regardless of the political parties they contested. It doesn’t mean they were the best of all, but as a whole, to mention some and recognize the good things in the special joint elections of the Republic of Somaliland.

Somaliland Community of Greater Washington, DC, a non-profit community organization, presents awards called “The Unity Award.’ This award following the joint Parliamentary and Municipal Elections of the Republic of Somaliland on May 31, 2021, the Somalilanders in the Diaspora appreciated the historic free and fair elections that peacefully took place and that the Somaliland Government covered the financial cost of holding these elections, whereby, previously, elections cost was financed by the International Community.

On the Sunday, August 22, 2021, this award was presented by the representative of the Somaliland Community in the US was Ms. Fahima Mohamed Aar, board member of the Somaliland Community in Greater Washington DC. And Ms. Anab Mohamed Ali, founder, and chairwoman of the North America Women Association organized a high-level ceremony held at Crown Hotel in Hargeisa on Sunday, August 22. Most of the awardees, including Chairman of the Somaliland National Electoral Commission Hon. Abdirashid Mohamud Ali (Riyaraac), Minister of Finance Development, Dr. Saad Ali Shire, the Mayor of Buhodle, Ms. Khadija Ahmednour, the dedicated women who contested but not elected,  representatives for some of the awardees,  Director of the Diaspora Office, other distinguished guests, several members from the Diaspora groups, traditional fork team from the Hargeisa Cultural Center and other people attended the event.

The Representatives of the Somaliland Community in the US, namely Ms. Fahima Mohamed Aar and Ms. Anab Mohamed Ali, gave speeches, thanked the people of Somaliland, the Government, the National Councils, and particularly the Electoral Commission. Chairman of the National Electoral Commission, Hon, Abdirashid Mohamoud Ali, Honorable Minister Saad Ali Shire, Director of the Diaspora Office, Mr. Saad Mohamed Abdi, and other officials delivered keynote speeches and, on their side, thanked the devoted Somalilanders in the Diaspora and their crucial role and contribution to the homeland development. “I am delighted to represent here the Somaliland community in the US for presenting the Unity Award to the deserving members the community nominated. The community came with this initiative to acknowledge the success and the remarkable achievements in Somaliland and encourage development and moving forward. On behalf of the Somaliland Community in Greater Washington, we promise we will nominate some of the role models both among the government and the civil society on an annual basis. We will acknowledge their visible role for the national interests of our beloved citizens and the Republic of Somaliland in general,” Fahima Aar.

Mr. Saad Mohamed Abdi, Director of the Diaspora Office, appreciated the Diaspora community’s initiative, which shows their strong linkage and connection with their country of origin, and thanked them for their dedication and contribution to the country of origin, Somaliland.  “We would like to congratulate you, Somaliland, for the wonderful and flawless elections that you presented to the world. We are so proud of you and what you have accomplished. The honorable President of Somaliland, H.E. Muse Bihi Abdi, who put the success tools in the right places, the Chairman of Elections Commission, Mr. Abdirashid Riyoraac, who worked tirelessly presiding over this past election and making sure the election was fair, free, and just. Finally, I like to thank the Somaliland people who cast their votes in a better than so-called “free world. They put democracy before anything else and exercised their rights to elect their representatives with their voices. YOU all made us proud. Keep up the wonderful work; you set the stage for many to follow. YOU have become “Sun Shine” for Africa and the world,” Anab Riyaraac.

In addition, Mr. Jamal Yusuf Daroor, Chairman of the Somaliland Community of Greater Washington DC, commented on the ceremony and posted congratulations notice on the community’s Facebook page (Somaliland Americans) to the people of Somaliland.  “Across human history, only an organized and united population can develop and create a prosperous society; that is why we believe in acknowledging and honoring some of the Somaliland politicians who show justice, fairness, hard work, and a unity mindset.” We are so proud of you for creating this award ceremony for those honorable leaders and institutions. I am thankful to the Diaspora Office and the Ministry of Foreign Affairs for their cooperation with the Somalilanders in the Diaspora.

Mr. Daroor added they would  be working together and granting awards annually to future leaders who have shown to help less fortunate Somaliland people or create revelation ideas. He also suggested forming honest board members from Somaliland Community Washington, DC, and Office of Diaspora for selecting those future nominees. The Somaliland Community of Greater Washington, DC, a non-profit organization, was founded in 2015. Since then, the community has been helping the Somalilanders at various levels in the US capital region and across the United States. Also, since we live the United States’ capital, we are an organization that welcomes Somaliland officials when they visit here if we received the okay. The Somaliland Community members are all volunteers, and we can only perform limited programs. The sky limits what we can do when a suitable time, energy, and cooperations emerge,” Jamal Yusuf Daroor.

Finally, the ceremony was concluded with presenting of the awards to the intended members who attended and to representatives for those who did not show up and they were:-

Somaliland Community of Washington, DC’s purpose for this kind of award was based on two things. First, to encourage and appreciate to those who did excellent work for the common good of all. Second, to show the future leaders that people will remember you and honor you if you put the common interest above your self-interest.  Former President of the United States, John F. Kennedy, said: “Ask not what your country can do for you, but what you can do for your country.”

On the other hand, on 26th June, Somaliland Americans has taken a  commendable step on facilitating a tour to the Visually impaired community,   which will surely be a tour they will never forget. Fahima M. Aar, Anab M. Ali    and the Somaliland Diaspora has organized the tour. 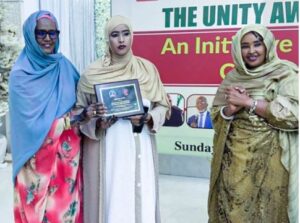 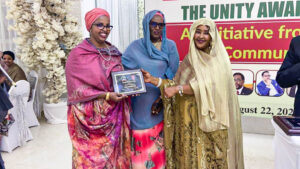 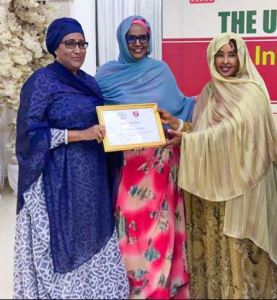 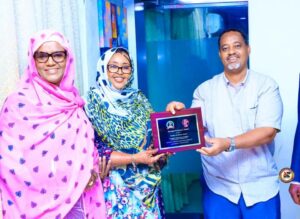 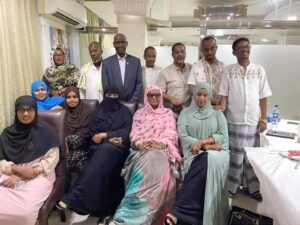 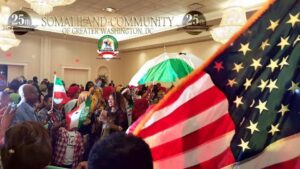