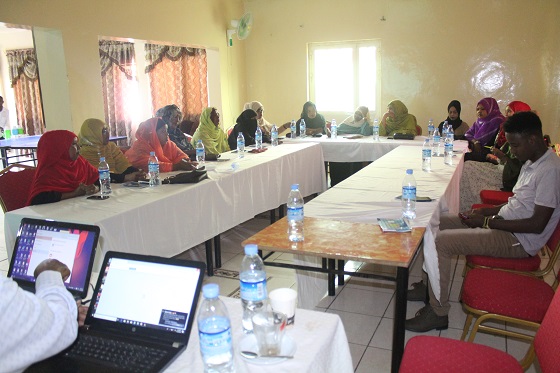 A productive workshop was held yesterday in Borama by the ministry of Family, employees and Social affairs in which was discussed the role of the media to enhance the women’s participation in Somaliland politics. The meeting participated twenty persons, nine of participants from the three national political parties of Somaliland,( UCID , KULMIYE, AND WADANI) those are Candidates for both local governments and parliamentary cabinet for the upcoming election including ten journalists of men and women. 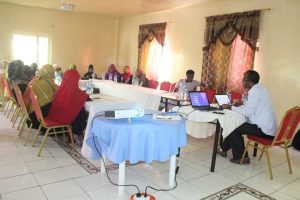 The meeting was opened the general director of the Ministry Mr. Mohamed Elmi Aden, deputy governor of Awdal regions Abdi Nur Sugal and the Mayor of Borama Suleiman Hassan Hadi. In addition the coordinator of the Ministry in Awdal region Fardousa Sh. Saed and finally senior advisor of gender Issue of the ministry Khadar Iman Igeh. 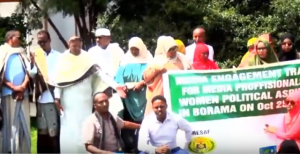 All the above-mentioned officers have clearly stated the women’s role in the community is fully praised in the areas of Social development, Socio-economics, the family structure, and social cooperation. Thus women’s participation in politics should be a constructive and positive contribution to the country’s developments. 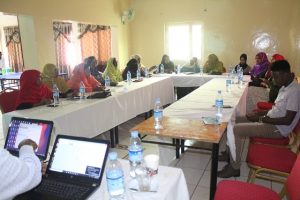 On the other hand, officers also mentioned how to overcome the cultural barriers and social myths postponed women’s basic rights when it comes participation of politics.

Participants also debated the role of Media of the Somaliland quota for women for the upcoming elections of 2019. It has widely digested the role of current media such as TV channels, Radios, Newspapers and websites as well as the social platforms named Social media like; Facebook, Twitter, Instagram, G+linked and WhatsApp. Officers also specifically stated the engagement of Facebook and Twitter for better awareness towards Social benefits.

Finally, participants suggested that they have taken the advantage of the workshop and ready for engagement of the community in their role by using for both Media types including Social Media platforms.