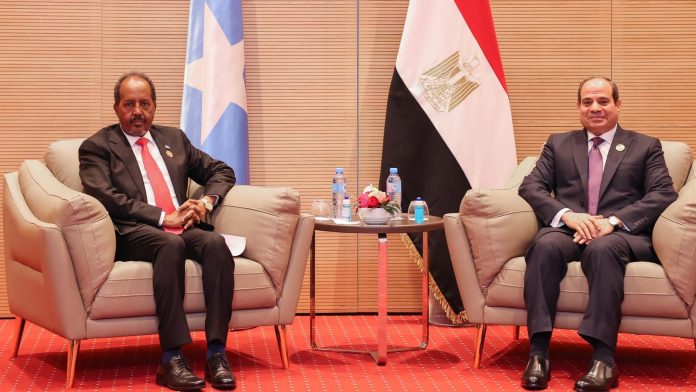 The meeting came weeks after Egypt had begun recruiting thousands of Somali youths. Cairo has sent some of the youths to training camps in Egypt where they are set to receive military training.

Somali authorities have not yet commented on the clandestine training at a time thousands of soldiers, who completed training in Eritrea, are still missing. Egypt’s intention of the recruitment and training of the youths has not yet been clear, and whether it will use them as proxies to advance its interests amid escalating tensions with Ethiopia.