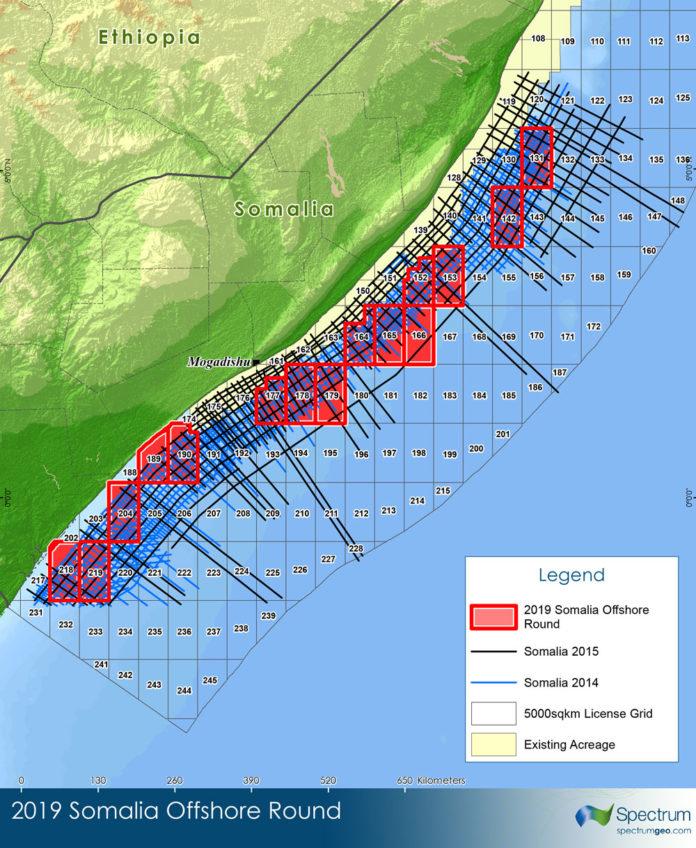 During a parliamentary sitting on 18 May the lawmakers of Somalia’s federal government gave their approval to a new Petroleum Law and Revenue Sharing Agreement. This development confirms terms outlined in the country’s first offshore licensing round which was launched in February 2019 and is due to close on 7 November 2019.

It is understood that President Mohamed Abdullahi Mohamed Faramaajo will very shortly sign the 2019 Petroleum Law into effect, having gained support from all of the federating Somali states.

“This is a landmark in the development of Somalia’s natural resources, which will be transformational for the country’s development,” Minister of Petroleum & Mineral Resources, Abdirashid Mohamed Ahmed stated.

“The Ministry has worked successfully with the federal member states to develop an equitable and transparent framework to develop natural resources for the greater good of Somalia and all its people”, he added. “Production sharing agreements (PSAs) can now be signed, wherein the first phase will involve planning and mobilising to acquire seismic data and the drilling of exploration wells over 2020 and 2021”.

In order to equip oil and gas explorers with key geological insight ahead of the offshore licensing round, Spectrum has completed acquisition and processing of 20,185 km of 2D long-offset seismic data. This data was acquired following a co-operation agreement with the Federal Government of Somalia and complements 20,500 km of existing seismic data that was acquired in 2014.

The survey design, which covers water depths of 30 m to 4,000 m, has allowed for seismic coverage over the shelf, slope and basin floor with dip, strike and recording time intervals suitable for defining a range of leads and prospects. Modern processing algorithms were applied to the raw data to achieve optimal imaging of steeply-dipping extensional and compressional features and illumination of subtle amplitude anomalies.

Discover more about the license round, the geology of this area and Spectrum’s associated seismic coverage on our unique interactive LICENSE ROUND STORY MAP. You can also visit the official license round website at somalialicensinground.com.