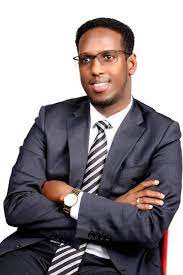 Talks aimed at ending the political fighting in Somalia collapsed after the mediation team have said that President Farmajo was failing in his duty to reconcile with PM Roble.

This was disclosed by Galmudug state presidency minister, Omar Shide, said in a statement that the last mediation efforts led by Galmudug president which was aimed at ending the political row between President Farmajo and PM Roble have failed.

This was the latest impasse in negotiations over resolving the political differences between Somalia’s Federal Top leaders.

Omar Shide told that PM Mohamed Husein Roble’s side have shown high sense of political maturity during the mediation talks.

The minister has put the blame on President Farmajo’s side which was the only obstacle to the mediation talks not to bear fruit.

The bone of contention that was blamed for the collapse of the talks was that the two sides have failed to see eye to eye on the appointment of Somalia’s top spy chief.

The political row between Farmajo and Roble have aggravated and entered a new phase whilst Int’l community is putting a lot of pressure on both sides to end their differences in a peaceful manner.