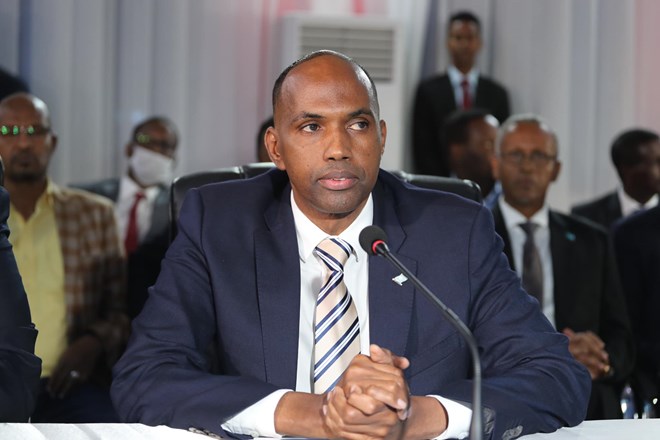 Somalia’s PM Hasan Ali Khaire has been ousted from office in a vote of no confidence motion on Saturday.

The Lower House announced the removal of PM Hassan Ali Khaire from power after holding an extraordinary convention.

At least 200 MP’s have voted in favor of the motion whilst 8 lawmakers have opposed against the PM’s removal from office.

The ousting of Somalia’s PM has plunged the country into electoral turmoil.

The speaker of Lower House of Somalia’s Federal parliament, Mursal has called on president Farmajo to appoint Khaire’s replacement.