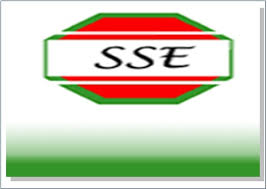 An open letter to the Security Council, the African Union, the European Union and IGAD

We, concerned Somaliland communities in Europe, want to draw your attention to the escalating tension between Somaliland and Somalia. We are concerned because the fledgling authority of Somalia has recently upped its expansionist policy to forcefully bring Somaliland back into the fold of the questionable union as it did in 1977 when it invaded Ethiopia or threatened to do the same to Kenya. Somalia poses threat to the security and stability in the Horn of Africa and beyond. It is frustrating the political stability in Somaliland. We are confident that you, as one of the key stakeholders involved in the peace-making and peace-keeping efforts in the region, are familiar with the different historical trajectories of the two countries. Somaliland has never been part of Somalia, and never will be. The 1st July 1960 dubious union between the two states was never ratified. A few points to bear in mind:

Somaliland’s claim for independence is based primarily on historical title – its separate colonial history, a brief period of independence in 1960, the fact that it voluntarily entered into its disastrous union with Somalia and the questionable legitimacy of the 1960 Act of Union. Somaliland’s independence as a sovereign state was acknowledged by over 30 countries (in the case of the United Kingdom through entry into international agreements with Somaliland as two states, which were (and are still) registered with UN under Article 102 of the UN Charter. These Agreements were specifically confirmed in both versions18 of the Act/law of Union of Somaliland and Somalia which both confirm Somaliland and Somalia as independent states.

Somaliland and therefore does not violate the principle of uti possidetis – that former colonial borders should be maintained upon independence – which is enshrined in the Consultative Act of the African Union (Session in Cairo, UAR, from 17 to 21 July 1964).

5.  Our message to the international stakeholders