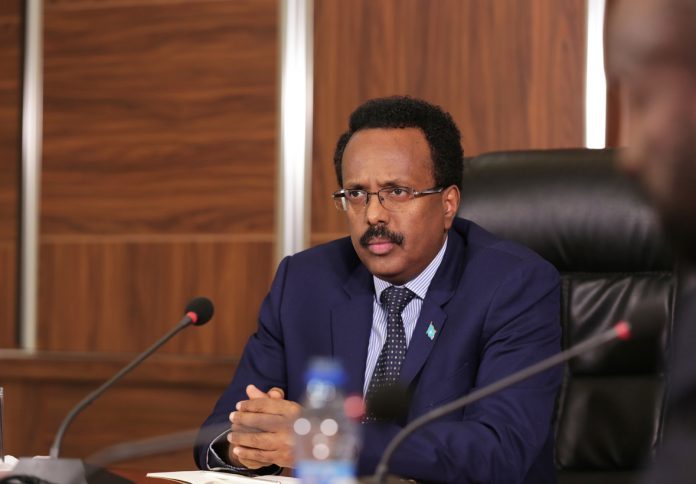 Somalian President, Mohamed Abdilahi Farmajo, on Thursday, has announced that he has relinquished his US citizenship.

This was disclosed in a press statement issued from Villa Somalia where the current Somalian president is installed in Villa Somalia.

The statement said that Mr. Farmajo has officially denounced his US naturalization citizenship on 1st of August, 2019.

This was a protracted process whereby lawyers from Somalia’s department of passports in conjunction with US gov have been in talks over the settling the issue.

The President of Somalia has lived in the US for quite long time whereby he earned degrees and worked there, said the statement.

The Somalian President became PM of Somalia in 2010.

The official statement further added that the interim Somalian constitution allows the president to have a dual nationality but once he was elected to Somalia’s president, he decided to voluntarily relinquish his US naturalization citizenship.

The US gov has pressured the Villa Somalia leader to denounce his US passport or that he cannot be hosted by US presidents upon visiting US as Somalian leader.