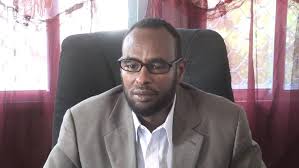 According to the official statement, Mr. Ahmed had been relieved from all his duties, a post that he retained since his nomination in July, 2014.
Chief Justice Bashe Yusuf Ahmed had made the recommendations to Somalian President Farmajo to dismiss the AG in attempt of sweeping reforms to the judiciary and ensure transparent justice system across Somalia.
The president urged the judiciary to expedite the reform and further encouraged gov’t to move fast in the formation of the judicial Service Commission.
Former Somalian president Hassan Shiekh Mohamud appointed Ahmed Ali Dahir and retained the post until Farmajo’s presidency.
He was leading the legal team in the ongoing maritime spat with Kenya.