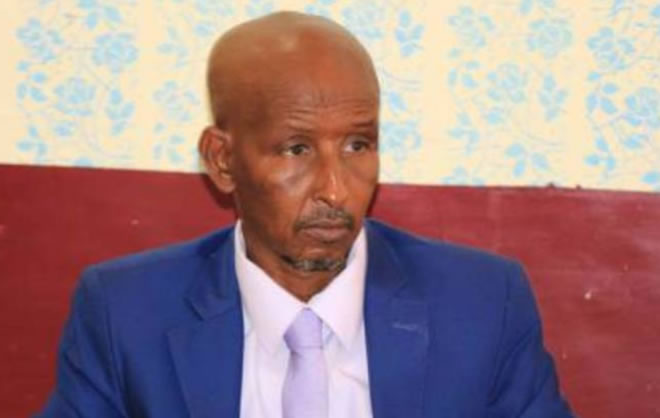 A governor Puntland authority was killed Sunday in a suicide bomb in an attack claimed by the Jihadist group of al-shabab.

The attack on Abdisalan Hassan Hersi, the governor of Nugaal province, happened in Puntland capital Garowe on March 29.

Doctors had tried to save the governor’s life but unfortunately he succumbed to the injuries he sustained, a police officer told.

A source that requested anonymity said the governor died less than an hour after being hospitalized to the Intensive Care Unit.

He was badly wounded in the blast and that he had little chance of surviving such serious injuries.

A former police commander and civilian were also wounded in the blast.

Witnesses said the attacker ran at the vehicle in which he was traveling before detonating his explosives vest.

Abdikadir Ahmed, another witness, said that the bomber ran onto the vehicle of the governor as he was parking near police station before detonating his device.

The Jihadist group claimed the responsibility of carrying out the bombing in a statement..