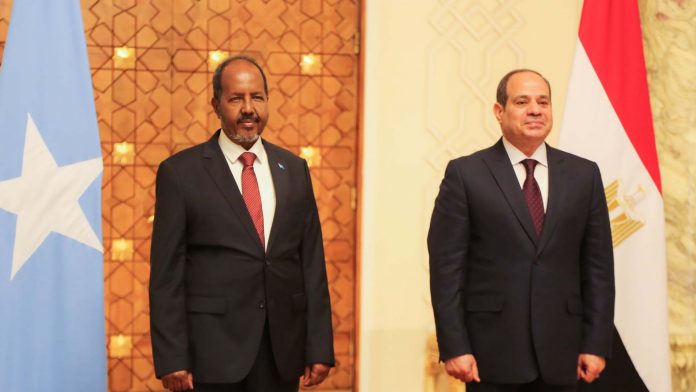 Somali presidential spokesman Abdikarin Ali Kar on Saturday backtracked on a previous statement in which he denied that Somalia and Egypt’s presidents discussed dispute over a mega dam Ethiopia is building on the Blue Nile River.

Abdikarin said he was misquoted by Somali media outlets and apologized over his denial. He added that the two presidents agreed all disputes in the continent to be resolved amicably.

“In their discussions, both presidents principally held all disputes in the region should be resolved collectively and peacefully,” he said

“President Hassan Sheikh Mohamud is committed to championing peace, dialogue and cooperation among the countries in the region and the rest of the world.”