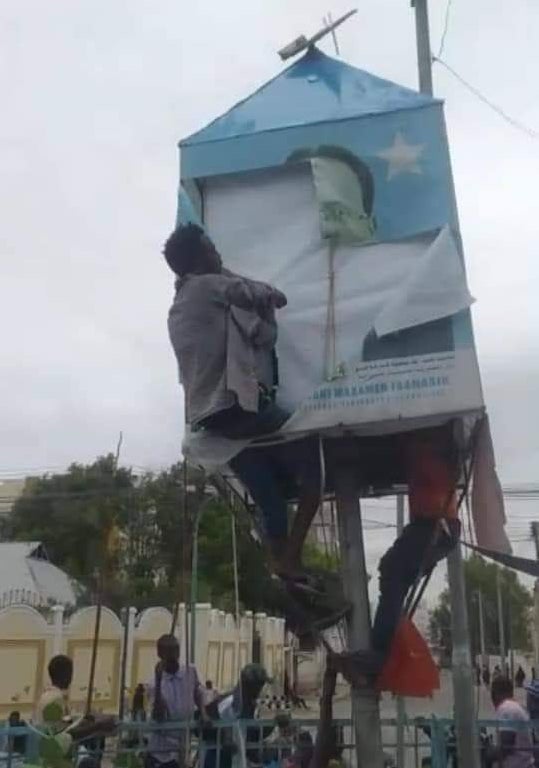 MOGADISHU—Demonstrations staged in Mogadishu have intensified after furious protesters have showed their wrath over the killing of two innocent civilians in nearby Jubba junction in Mogadishu, Somalia’s capital on Friday night. The two civilians were killed after they have violated the night time curfew imposed in Mogadishu which starts at 7 pm local time. The angry protests have directed their anger to Somalia’s president Mohamed Abdilahi Farmajo. Protesters at Shingani district roundabout have removed Farmajo’s photo. They chanted anti slogans against president Farmajo and the army particularly the police. It is feared that the situation will get out of control unless the government acts quickly to resolve the matter. The two civilians killed have sparked the protests that have rocked Mogadishu were identified as 17 years-old woman named Madino Abdilahi Abdi and 24 years-old man named Hassan Ali Adawe. Somalia’s Police force said the perpetrator behind the killing is under arrest.