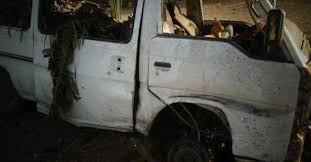 US Africa Command in coordination with the gov’t of Somalia conducted an airstrike by targeting an Al shabab terrorist in the vicinity of Dujumma on December, 16.

The one terrorist was killed according to a news release from Africom and no civilians were killed or injured in the attack.

He added that Somali national army and their partners have made significant strides in targeting AL Shabab in order to deny them on the ability to both attacks against the Somali people.