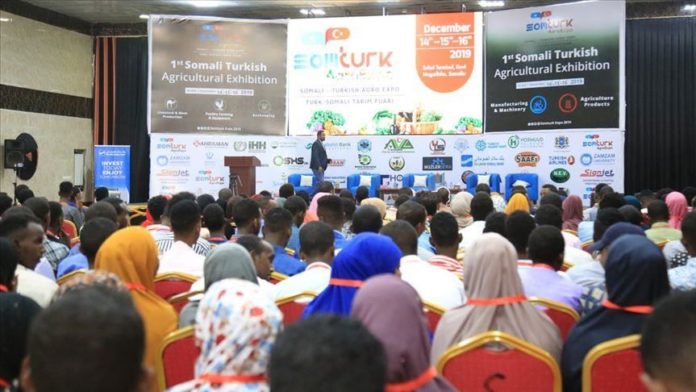 An exhibition organized by Somalia and Turkey officially kicked off Sunday, attracting hundreds of participants, including business leaders from all sectors of agriculture.

Among those attending was Turkish Ambassador to Somalia Mehmet Yilmaz, who said he was pleased to participate in the Somali-Turkish Agricultural Expo, the first of its kind in the country.

Somalis eager to get into the lucrative agriculture business thronged the summit, which ends today, to learn how they can improve their yields and tap into the international market.

Somalia’s Minister for Labor and Social Affairs, Sadik Warfa, called for Turkey’s assistance to help Somalia realize its potential in agriculture, which will provide jobs for many youths.

Somalia mostly exports livestock, fish and bananas and also grows corn and sorghum for domestic use. But a lack of security, as well as displacement due to war, poor irrigation and transport systems and degraded natural environments, have slowed exports over the years.

Turkey has focused on comprehensive, long-term policies aimed at diversifying its relations with the continent. In that perspective, Somalia has earned special status, and many projects on rural development, health, micro-macro enterprises, and security have been carried out by Turkish businessmen and state agencies.