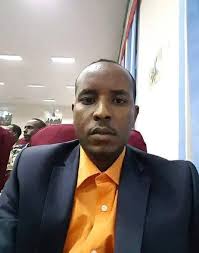 The apprehension of former spy chief was confirmed by media and communication adviser to the incumbent president of Somali region of Ethiopia.

Sources said that the ex-spy was apprehended with the support of Somaliland security agencies.

He is expected to face justice on crimes he committed ranging from human right violations, targeting executions, kidnappings, targets of ethnic groups  and places of worship during Abdi Iley’s regime.

Subane was former ONLF militia soldier before he renounced his ideology and joined with Abdi ILey’s regime whereby he rose to the rank of spy chief. Somaliland also arrested former Jail Ogaden boss, Hassan Dheere and extradited to the Somali region of Ethiopia to face justice.