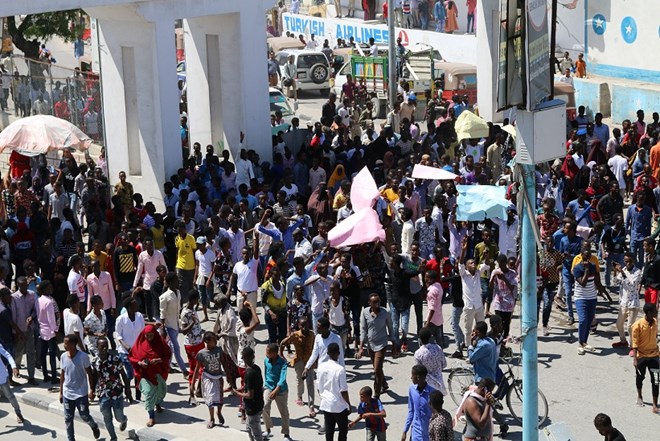 High school Students have taken to Mogadishu streets to voice anger over postponed national exams on Tuesday. The ministry of education have argued that having the test papers been leaked via the social media then it made the decision to totally delay the ongoing of the exams. The demonstrators have gathered at Maka Al Mukara which is a crucial junction for traffic in Mogadishu and the students have chanted slogans against the education minister’s decision to defer the exams. Some of the students with uniform have expressed their disappointment with the decision which they spent most of their time in taking party. Some of the test papers for high school exams were leaked and this has caused the minister to take immediate decision to stop and bring the exams to complete halt. Mogadishu mayor has said that the leakage of the national exam is a criminal act and those who are behind will be brought before the court. The exams were stolen and sold in the market and it is reported that it was widely circulated and posted via social media.