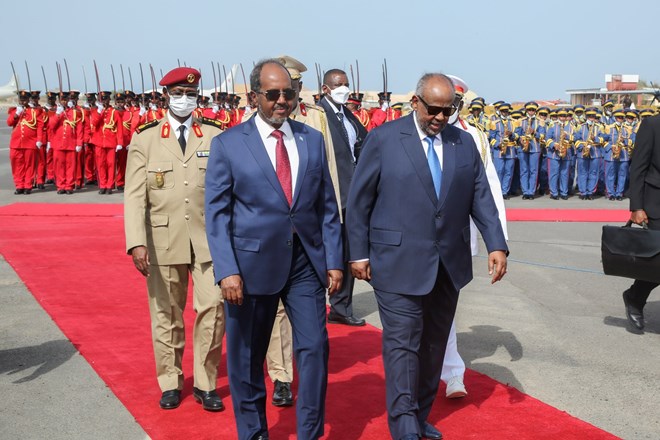 A delegation headed up by Somali President Hassan Sheikh Mohamud landed in Djibouti on Saturday to consolidate the bilateral ties between the two countries.

The delegation was greeted by Djibouti President Ismail Omar Guelleh, and members of his Council of Ministers at Ambouli Int’l Airport.

Mohamud said that his visit was the beginning of enhancing the ties between the two counties and strengthening mutual interests.

During his stay in Djibouti, the President will deliver a speech in the Djibouti Parliament house on the situation in Somalia and the significance of the bilateral relationship between the two countries.

Since Mohamud was elected President on May 15 , he has travelled abroad five times.