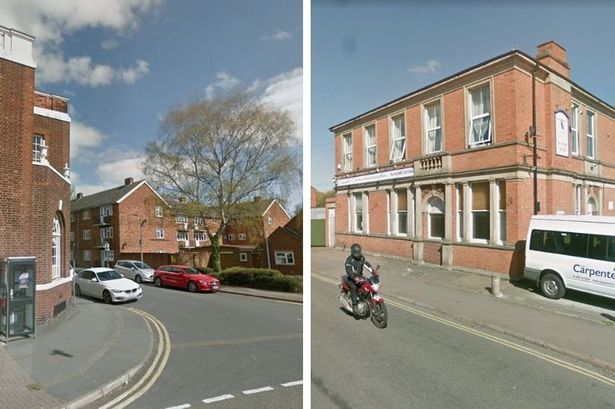 A man in the Midlands has been jailed for more than five years – after finally being granted the right to come to Britain.

Abdi-Mahad Osamon, who hails from Somalia, finally earned the right to work in the UK after a five-year struggle.

But the 31-year-old is now beginning a five-year, seven-month jail sentence after selling cocaine, crack cocaine and heroin to undercover police officers.

His crimes came during Operation Victory in Loughborough, in the Midlands.

Osamon had been trying since 2014 to get a National Insurance card, and in June this year he learned his immigration status had finally been sorted out.

He claims he had to sell drugs because he was unable to work, reports LeicestershireLive.

Osamon, of Langtoft Road,  Hamilton , Leicester, was telephoned by an undercover  Leicestershire Police officer on August 31 last year and was asked for some class A drugs.

They met up in Cradock Street, Loughborough, in the town and Osamon received £15 for a fraction of a gram of cocaine and a similar amount of crack cocaine.

During their conversation, which was recorded, Osamon urged the officer to try his heroin, which he said was “very good”.

On September 7, the officer called Osamon again, who told him to meet him behind the Carpenter’s Arms, a Christian rehab centre in Wharncliffe Road, Loughborough. The officer bought some more crack cocaine and just under a gram of heroin and Osamon was photographed doing the deal.

He was arrested at a later date and, because he had two previous convictions for class A drug dealing, he faced a seven-year minimum sentence under the “third strike” rule – or five years and seven months, due to his early guilty plea.

Simon Sherriff, representing Osamon, tried to urge Judge Robert Brown that it would be unjust to invoke the third strike rule because one of his previous offences – offering to sell class A drugs in 2009 – actually involved Osamon selling a buyer peanut dust and not the heroin that was promised.

Mr Sherriff said: “It wasn’t any controlled drug at all and if that one is taken out of the equation it’s unjust to invoke the seven years.”

However, Judge Brown said that offering class A drugs for sale counted as a drug supply offence and he was entitled to invoke the third strike rule.

The judge said: “He’s done it twice before and that’s not mentioning all his other convictions.”

The court heard Osamon had a total of 33 previous convictions for offences including violence, drug possession and driving offences.

Mr Sherriff told the court Osamon was taking orders from people higher up in the drug business.

He said: “He has been used and is himself vulnerable.

“There has been a significant change in Mr Osamon’s life. He’s spent some five years unable to work and that is the trigger for committing this offence.”

He said Osamon’s partner had been trying to support them both but Osamon had been dealing drugs to make some extra money.

Sentencing Osamon for three counts of supplying class A drugs, Judge Brown said: “Although there may be others above you in the chain and others who control you, you are – at 31 – a man responsible for your own actions.

“I do not think five years and seven months is unjust.”