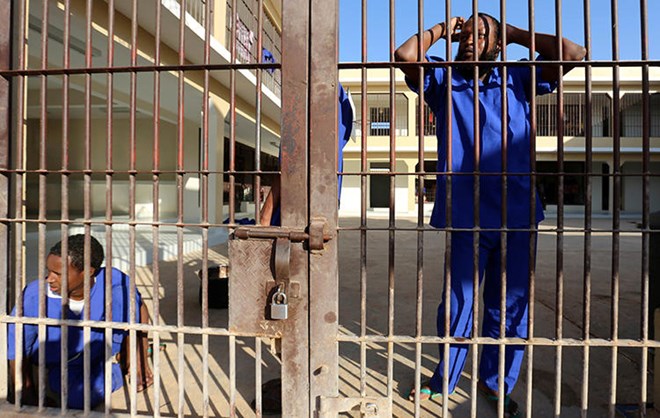 Nairobi –  Authorities in Somalia should immediately release broadcast reporter Ali Adan Mumin, who remains detained even though a court ordered his release, the Committee to Protect Journalists said today.

On May 28, police in Mogadishu arrested Ali, who reports for the TV and radio channels of the privately owned news organization Goobjoog Media Group, and accused him of insulting public officials, disrupting government work, and spreading propaganda, according to Hassan Mohamud Mohamed, the director of Goobjoog Media, who spoke to CPJ by phone, and statements from the nongovernmental legal aid group Somali Journalists Syndicate and the government-recognized National Union of Somali Journalists, a trade organization.

On May 29, a Banadir regional court judge dismissed the police case against Ali and ordered authorities to release him after the conclusion of the country’s national exams, which ended today at noon, Hassan and Abdalle Ahmed Mumin, a Kenya-based journalist and cofounder of the Somali Journalists Syndicate, who has been working on the case, told CPJ via phone.

However, Ali remains in jail as of this evening, according to Abdalle and the journalists syndicate.

“It is an injustice that police continue to hold Ali Adan Mumin in prison, in defiance of an order to release him,” said CPJ’s Sub-Saharan Africa representative, Muthoki Mumo. “Somalia’s police should not be above the law, and they should release him immediately.”

During the May 29 hearing, police cited several of Ali’s Facebook posts as the reason for his arrest: officers said that his posts insulted the president, brought the nation into contempt, spread anti-national propaganda, and disrupted the work of a public officer, according to Hassan and statements from the Somali Journalists Syndicate and the National Union of Somali Journalists.

If charged and found guilty, Ali could have faced a prison sentence of one to five years, according to the Somali penal code.

In one of the posts cited by police, which Ali has since deleted, the journalist claimed to possess leaked copies of Somalia’s national examinations, although he said he would not share them, according to Hassan and a screenshot of the post that CPJ reviewed.

The judge dismissed the allegations but cited that post as justification for Ali to remain in detention until today at noon, when the exams concluded, according to Hassan and a written release order dated May 29, which CPJ reviewed. The order cited judicial discretion relating to “security measures” against persons considered dangerous to society as the justification to delaying Ali’s release until the exams’ conclusion.

The order, which was sent to the Criminal Investigation Department, the department that arrested Ali, also stated that police did not follow proper procedure when arresting Ali, and did not have a warrant for his arrest.

At a press conference this evening, the Somali Journalists Syndicate accused police of having “illegally interrogated” Ali, and the journalist’s lawyer, Abdirahman Osman, said that Criminal Investigation Department officers told him they did not recognize the court’s order and would only accept an order from the chief of police, according to a series of tweets from the syndicate.

CPJ called Somali Police Commissioner Bashir Abdi Mohamed for comment, but could not reach him, and he did not respond to text messages.

Deputy Police Commissioner Zakia Hussein Ahmed declined to answer questions about the case, saying via text message that she could not comment on an ongoing investigation.