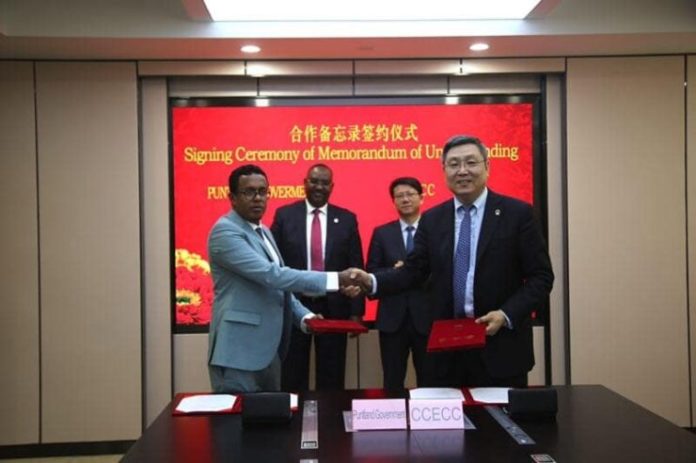 A high level delegation led by the President of the regional state of Puntland, Mr. Said Abdilahi Deni who is on working visit to Beijing has on Friday inked a deal with CCECC firm which has been granted the go ahead to build Eyel fishing port and to carry out other development projects. The Beijing based firm already has previously revamped Bosaso airport and currently is implementing the rejuvenation of Galka’ayo airport, and the realization of Eyel-Dangorayo road.

The president is accompanied by the minister in charge of civil aviation and airports, fishery and marine resources, trade and energy, and water resources. The delegation met with senior official from the CCECC where the two sides have inked a Memorandum of Understanding. The CCECC will built modern port in Eyel which is part of Nugaal province in Puntland. The two sides also discussed ways to boost the cooperation between the two sides.